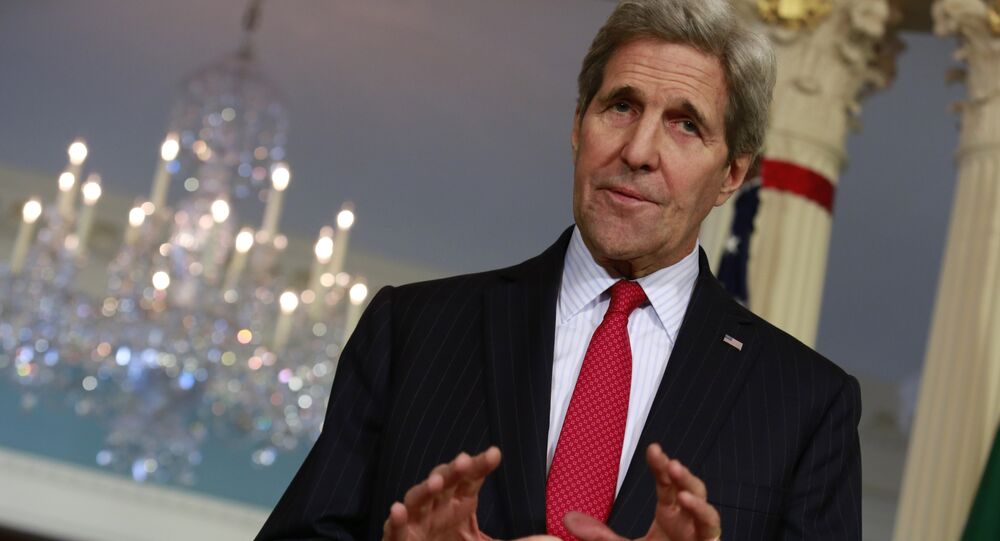 The failed Syrian reconciliation talks in Geneva showed that the United States still doesn’t understand the true nature of the problem in Syria and that’s why Washington is incapable of helping in solving the crisis, French journalist Dominique Jamet wrote for Boulevard Voltaire.

Earlier this week, UN Special Envoy for Syria Staffan de Mistura postponed the intra-Syrian talks in Geneva until February 25, citing the lack of progress in discussions of humanitarian issues in Syria.

US Secretary of State John Kerry blamed Russia and Iran for supporting the Syrian Army, which is currently fighting in Aleppo seeking to drive out terrorist organizations, some of which Washington and its allies consider "moderate" Syrian opposition, out of the city.

According to Kerry, this "showed the desire to seek a military solution rather than a political one," Jamet said, as cited by Boulevard Voltaire.

Strange words from the top US diplomat, the French journalist said, adding that this shows that the United States continues to "stay off topic" when it comes to the Syrian conflict.

© AP Photo / Ronald Zak
All Sides to Syrian Conflict Must Facilitate Humanitarian Access to Besieged Areas - Kerry
Washington doesn't want to see the triumph of Syrian President Bashar al-Assad and as long as his troops are gaining ground in Syria, Kerry will continue to have "a moody reaction to the successes" of the Syrian Army, Jamet argued.

When it comes to fighting Islamic extremists, such as Daesh (Islamic State), which the French journalist called a "tumor on the side of Syria and its neighboring countries," there cannot be alternatives to choose whom to side with, because it's a fight between humanity and inhumanity.

Despite the failure to reach a solution during the past intra-Syrian reconciliation talks, Russian Foreign Minister Sergei Lavrov and John Kerry would maintain regular contact on the issue of Syria. The two diplomats are expected to meet on February 11, two weeks before the next scheduled Syrian peace talks.

Syria ‘Most Dangerous’ Country for Journalists in 2015 - Kerry