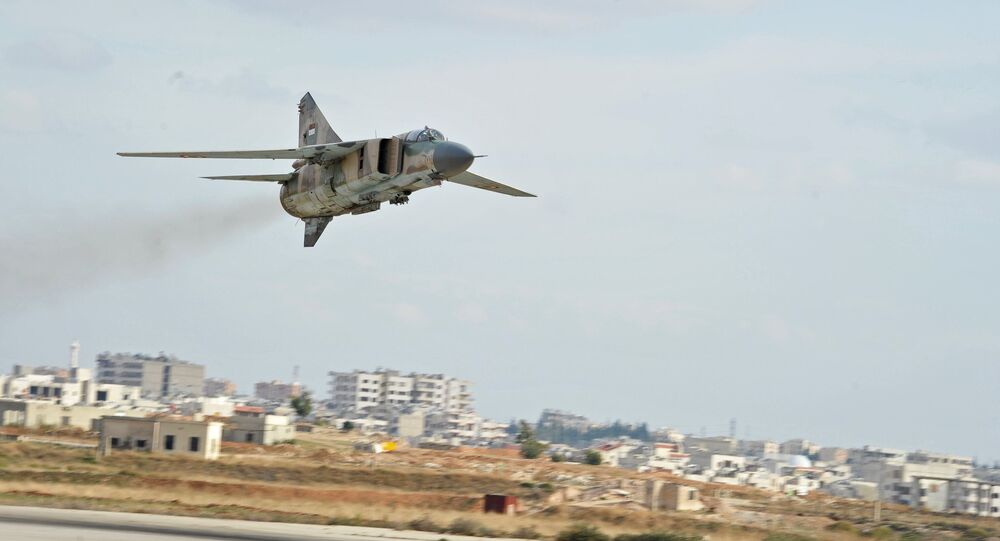 © Sputnik / Michael Alaeddin
Syrian Army Cuts Al-Nusra Militants' Supply Line Between Aleppo and Turkey
Meanwhile, the Syrian Army and Hezbollah forces, along with their popular allies, advanced on the strategic city of Tal Rafat in the north of the province, Iran’s news agency Fars reported.

The northeastern and northern parts of Aleppo province are still scenes of fierce clashes between the Syrian Army and the militant groups as the government forces continue their offensive in the north in a bid to seal the border with Turkey.

"The Army troops have now engaged in heavy fighting with the terrorists near Manbij in the northeastern territories of Aleppo province, which claimed the lives of many militants," the Army said in a statement.

The Syrian Armed Forces and allied popular units have also launched a series of attacks on the bases and gathering centers of Daesh and al-Nusra Front in eastern and southeastern Aleppo on Saturday, killing and wounding many terrorists, Fars News wrote.