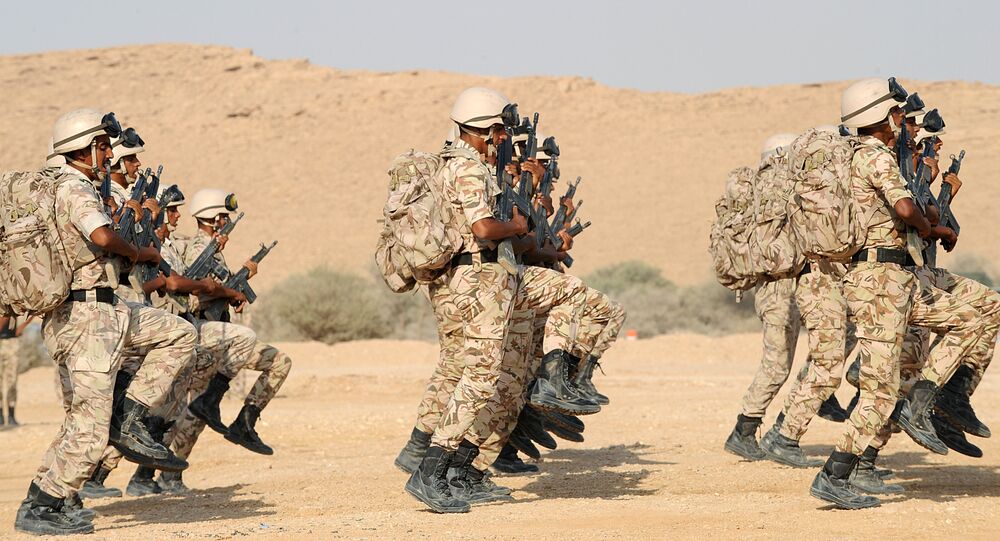 Saudi Arabia may send its ground troops to fight Daesh militants in Syria, the country’s defense ministry said on Thursday. Riyadh is ready to participate in any ground operation of an anti-ISIL coalition.

A defense ministry spokesperson said that thousands of Saudi Special Forces could be deployed to Syria in coordination with Turkey. Both countries are staunch opponents of the Assad government and insisted on his removal since the start of the crisis in Syria.

At the same time both Riyadh and Ankara came under heavy criticism from Russia, Greece, Israel and other countries for their relations with extremist groups.

Turkish authorities have been more than once accused of doing business with Daesh (ISIL/ISIS/IS). President Erdogan’s son-in-law has been linked to oil trade with the jihadist group. As for Riyadh it has always been dubbed the incubator for violent extremism.

Chris Doyle, academic expert in Arabic and Islamic Studies and Director for the Council for Arab-British Understanding, told Radio Sputnik in an exclusive interview that the international community must address the political issues in Syria; otherwise it would be impossible to deal with Daesh.

At the same time he noted that in order for peace talks to go forward Russia and the anti-ISIL coalition should stop its bombing campaign against the jihadist group.

“Groups like ISIS and al-Qaeda flourish in areas of weak state control where there is no governance. They are able to exploit the grievances in this case Syrian Sunni Arab communities who feel that they have no one to represent and protect them.”

© REUTERS / Ali Hashisho
Saudi Offer to Send Troops to Syria Just ‘Appearance’ of Fighting Daesh
Talking about who would invite Saudis and the Turks to Syria, Doyle said that if this would happen it would be agreed by an anti-ISIS coalition which is a coalition of 60 countries.

“I think there is a long way to go between what are very weak statements at the moment. We have the United Arab Emirates in November saying that they might be prepared to put forward ground forces and its actually happening on the ground because the Saudis know very well that it would be highly risky to put ground forces on the ground due to killings and kidnappings, if their forces are executed publically that would be massively damaging to them so there is a long way to go for them in all of this.”

However, the expert also noted that the pressure for Saudi Arabia to do something is growing as more and more nations are joining the anti-Daesh fight despite the fact that according to Doyle the bombing and fighting is not doing well in alleviating the pressure.

“There is a need to address the underlining political issues in order to really have a united front against ISIS. One of the challenges we see not only with Saudi and Turkey but with other countries also is that while nominally most of these countries are opposed to ISIS nearly all of them have in their own view a bigger threat. So for Saudi Arabia whilst it doesn’t like ISIS, it sees Iran as a bigger threat. For Turkey the bigger threat is the Kurds, so in that way you see that ISIS is not always the number one priority,” Doyle said.

The expert further spoke about how Turkey has turned a blind eye to some of Daesh’s dealings through the border and how conflict with the Kurds has taken a priority.

“The Kurdish issue is a bigger threat to them therefore; Turkey has allowed weapons and arms, money, funds and fighters to cross its border all too willing until more recent times, so they are very much responsible for the growth of that group and some other extremist groups as well,” Doyle concluded.