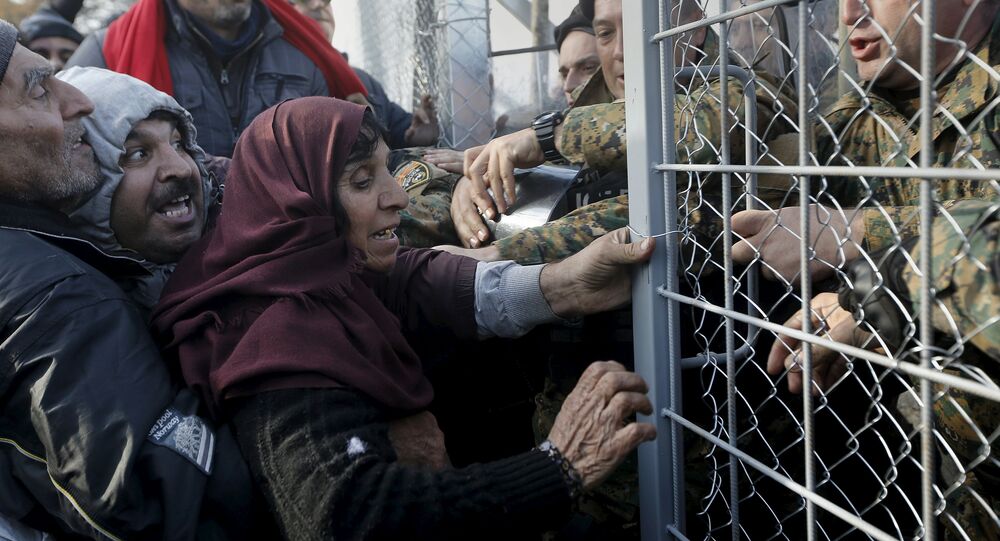 Up to 70,000 Syrians are moving toward the border with Turkey due to the intensification of airstrikes on Syria, Turkish Prime Minister Ahmet Davutoglu said Thursday.

LONDON (Sputnik) — According to the prime minister, about 2.5 million Syrian refugees are currently in Turkey.

"Now, 10,000 new refugees are waiting in front of the door of Kilis [province on border with Syria] because of air bombardment and attacks against [the Syrian northern city of] Aleppo, 60,000 to 70,000 people in the camps in north Aleppo are moving towards Turkey," Davutoglu said, addressing the 2016 Supporting Syria and the Region Conference in London.

© AP Photo / Alexander Kots
Turkey Planning Military Invasion in Syria - Russian Defense Ministry
He added that there were no cities in Turkey that were not already hosting Syrian refugees and in some localities, Syrians made up almost 60 percent of the population.