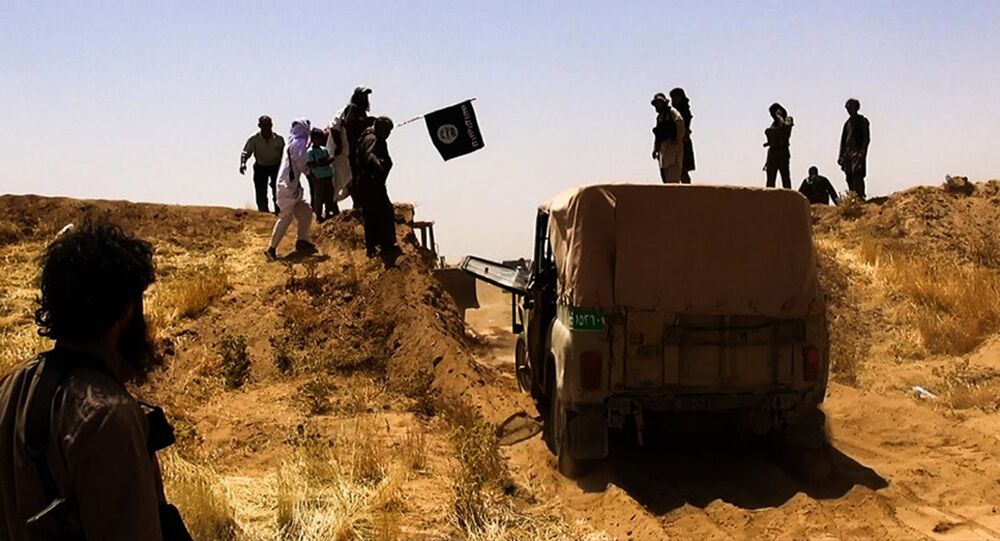 © Sputnik / Grigoriy Sisoev
Russia Ready to Include Kurds in Baghdad Center Against Terrorism - Lavrov
MOSCOW (Sputnik) — The government of Iraq's autonomous Kurdistan region is happy to be involved in any effort aimed at dismantling the Islamist State, also known as Daesh, militant group in the country, its spokesman told Sputnik on Thursday.

Earlier in the day, Russian Foreign Minister Sergei Lavrov said Moscow was interested in including Kurds in the work of an intelligence sharing center in Baghdad that Russia runs together with Iraq, Iran and Syria.

"Any effort to move against ISIL, of course, we are interested to be involved," Kurdistan Regional Government (KRG) spokesman Safeen Dizayee said.

He added this cooperation should be organized on the national level together with Iraqi authorities in Baghdad, which are also keeping in touch with a US-led international coalition that is equally active in Iraq.

© AFP 2021 / DELIL SOULEIMAN
Doomsday for Daesh? Kurds Allegedly Plan to Seal Syria's Border With Turkey
Dizayee also urged to intensify coordination between Russia and Iraq, saying that, "Through this coordination, through this communication things have been obviously settled, I believe. And I think this kind of coordination – bilateral coordination at least – should be stronger."

Iraqi Kurds have been playing an active role in the fight against the Daesh group, which is outlawed in Iraq, Russia and many other nations. Kurds are one of the largest ethnic groups in Iraq, and are considered infidels by Sunni Muslim IS militants.