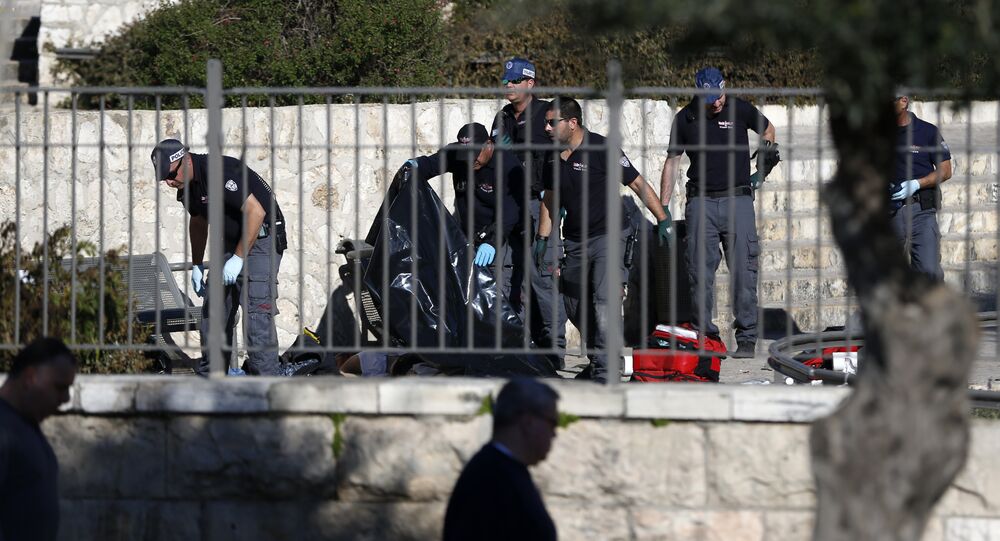 "The police patrol saw three terrorists armed with guns, knives and explosives at the Damascus Gate. One of them began shooting," the police said on Twitter. All three were killed when police fired in response.

According to the local Haaretz newspaper, one border policewomen was killed in an attack while another sustained serious injuries.

Israel has been facing a wave of violence since early September 2015, which has left nearly 200 people dead. Most of the victims are Palestinians, who have been killed in knife, firearm and car attacks on Israelis. Nearly 30 Israelis and one US citizen are estimated to have been killed by Palestinians since October 2015.

© Sputnik / Vladimir Astapkovich
Israel's Shin Bet Arrest Suspected Daesh Operatives Plotting Terror Attack
In the long-standing conflict between Israel and Palestine, Palestinians seek recognition of their independent state, proclaimed in 1988, on the territories of West Bank, including East Jerusalem, and the Gaza Strip.

Most of the areas claimed by the State of Palestine were seized by Israel in 1967 during the Six-Day War. The Israeli government refuses to recognize Palestine as an independent political and diplomatic entity. Israel has continued to build settlements in the occupied territories, prompting condemnation from the United Nations.

On Tuesday, Russian upper house of parliament speaker Valentina Matvienko, staying on visit in Jerusalem, called on for renewed talks on the Middle East crisis within the framework of the Middle East Quartet.