Syrian army in cooperation with local militia has cut off main supply routes of terrorists in the northern Aleppo province, a source in militia said Wednesday.

DAMASCUS (Sputnik) — According to the Syrian army, the soldiers continue their offensive to the north of Aleppo near the Turkish border.

"The army and our soldiers have cut Mayer-Anadan and Azaz — Aleppo routes. Thus, the path for delivery of ammunition and reinforcements from Turkey to the northern outskirts of Aleppo has been cut for the militants," the source told RIA Novosti. 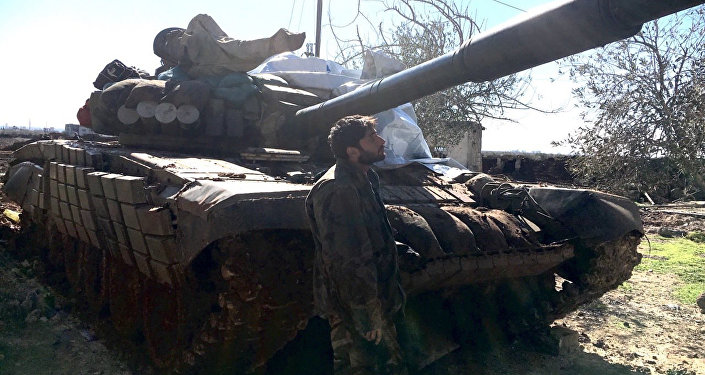 Terrorists operating in the region flee in large groups, which led to the liberation of two besieged Syrian settlements in the area on Tuesday, according to the Syrian troops.

Syria has been in a state of civil war since 2011, with the country’s government fighting a number of opposition factions and radical Islamist groups, including Islamic State, which is prohibited in many countries, including Russia.