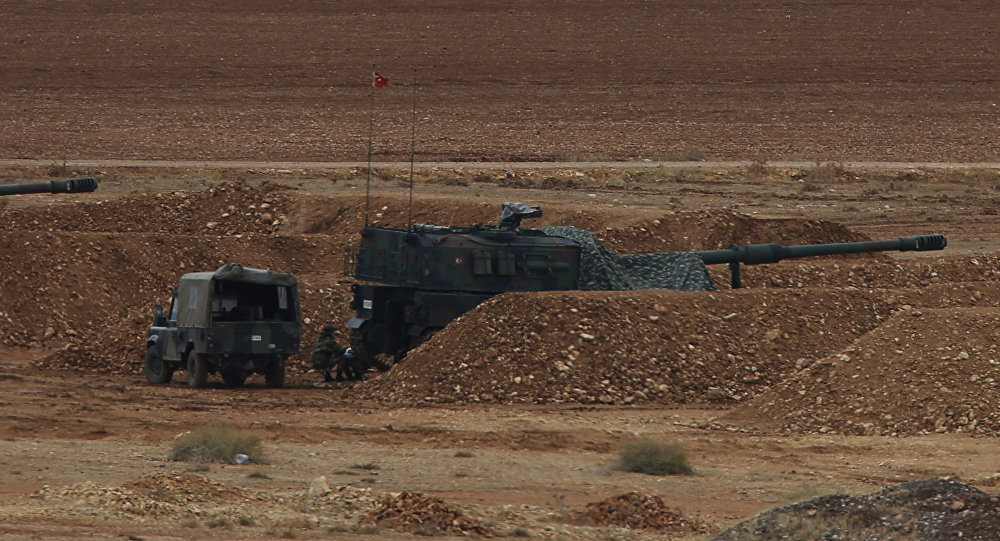 Armed terrorists retreating toward the Turkish border in Syria’s province of Latakia are receiving cover from Turkish artillery, a military source said Tuesday.

“Turkish artillery has given cover several times when units of terrorists were retreating and giving up their positions, which allowed the terrorists to leave for Turkey,” the source told RIA Novosti.

The source added that Turkish artillery is directed at Syrian Army positions.

The Syrian authorities have repeatedly accused Turkey of providing weapons, intelligence data and financial support to Syrian militants while buying smuggled oil from the Islamic State jihadist group, outlawed in Russia and a number of other countries.

Syria has been in a state of civil war since 2011, with the country's government fighting a number of opposition factions and radical Islamist groups, including Daesh, which is prohibited in many countries, including Russia.