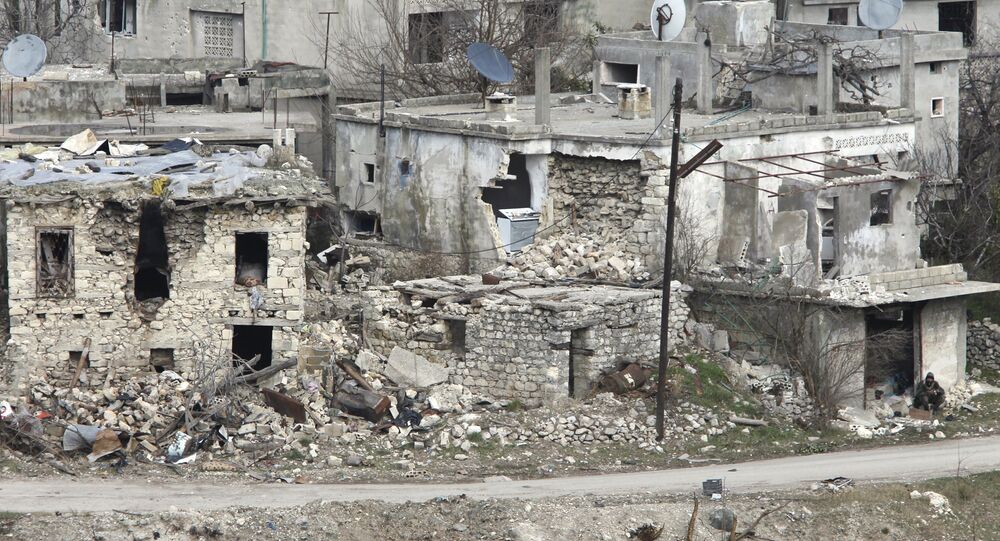 One Syrian serviceman has been killed and five others have been wounded in a shelling from the Turkish territory, Lebanese Al Mayadeen TV channel reported Monday.

© Photo : Youtube/ Russian Defence Ministry
Turkey Shells Civilian Villages on Syrian Border, Russian MoD Has Proof (VIDEO)
LATAKIA (Sputnik) – The tragic incident occurred on Sunday near a mountain in the northern part of the Syrian Latakia province, the channel specified. At present, it is the region where the Syrian Armed Forces are carrying out an offensive against the Nusra Front militants and a number of other extremists.

The jihadists aim to establish full control over the Turkish border, through which they regularly receive reinforcements such as equipment and fighters, the Syrian government forces’ representatives told RIA Novosti in January.

Troops loyal to Syrian President Bashar Assad have been on the offensive in the past days in a bid to squeeze Daesh militants out of the northeastern city of Deir az-Zor.