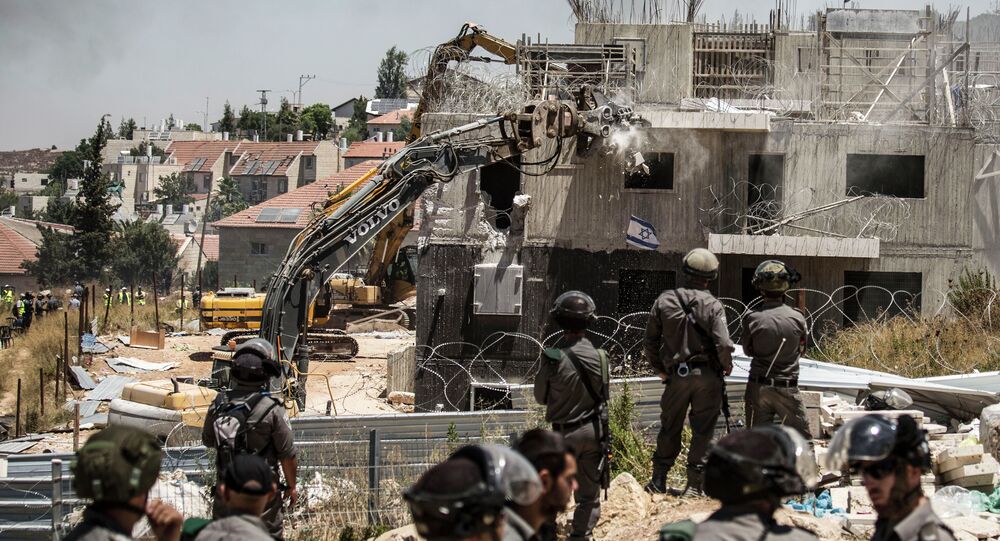 TEL AVIV (Sputnik) – She added that exceptions would be made in cases of "extreme humanitarian need" and by prior agreement with the Israeli army.

"Based on the evaluations conducted after yesterday's armed attack, additional security measures were introduced in the area and only residents are allowed to enter Ramallah," the spokeswoman told RIA Novosti.

The killed assailant reportedly posted a message on Facebook decrying the near-daily deaths in the renewed Israeli-Palestinian violence, adding that "I may be the next."