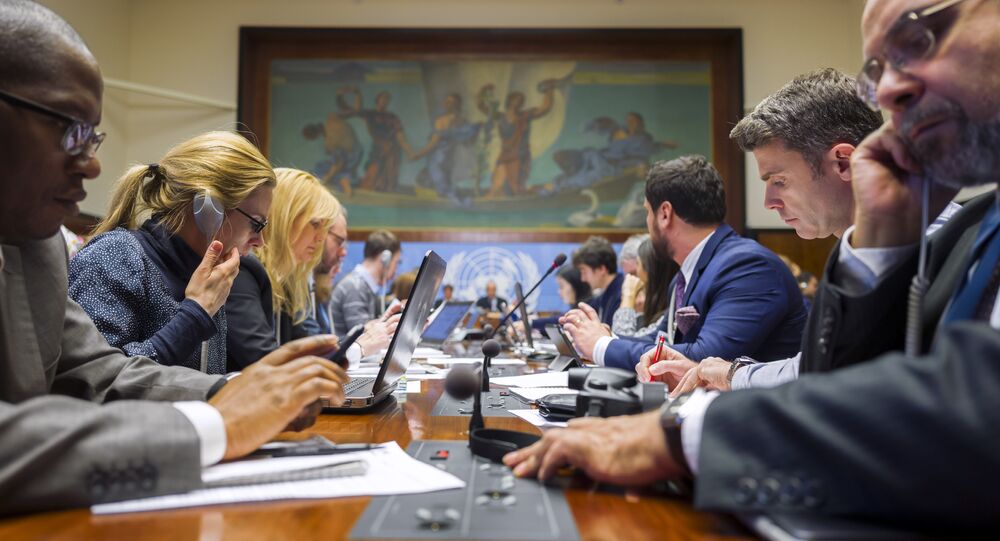 An opposition group founded by Saudi Arabia last month is turning the Geneva negotiations into a farce, putting the UN under pressure and refusing to talk to the Syrian government, German newspaper Deutsche Wirtschafts Nachrichten (DWN) wrote.

© AFP 2020 / FABRICE COFFRINI
Trilateral Talks Should 'Curb Saudi Ambition to Shape Syrian Opposition' - Syrian Politician
According to the newspaper, the group was formed in December and consists of Islamist fighters who want to overthrow Syrian President Bashar-al-Assad.

The opposition platform is called the High Negotiations Committee (HNC) and is referred to in the media as "the most important opposition alliance."

However, according to DWN, the group seems to be contributing to the destabilization of the situation, rather than to its resolution.

"The group sees its main task in disrupting the peace conference mediated by the UN," the newspaper wrote.

The Syrian talks started on Friday with a meeting between UN envoy to Syria Staffan de Mistura and the delegation of the Syrian government.

The HNC delegation attended the negotiations only after a long hesitation, previously claiming that the UN should put an end to the "crimes" of the Syrian government as a condition for their participation.

Shortly after their arrival in Geneva on Saturday, the delegation threatened again that it would not participate in the negotiations until their conditions are met.

"In fact, the envoys of the Saudis seek to create unrest at the negotiation table after Russia‘s military success [in Syria]," DWN wrote.

In September 2015, Russia launched an aerial operation against the terrorists' positions in Syria at the request of President Bashar Assad. As a result of the operation, many terrorists have been eliminated and their infrastructure destroyed.