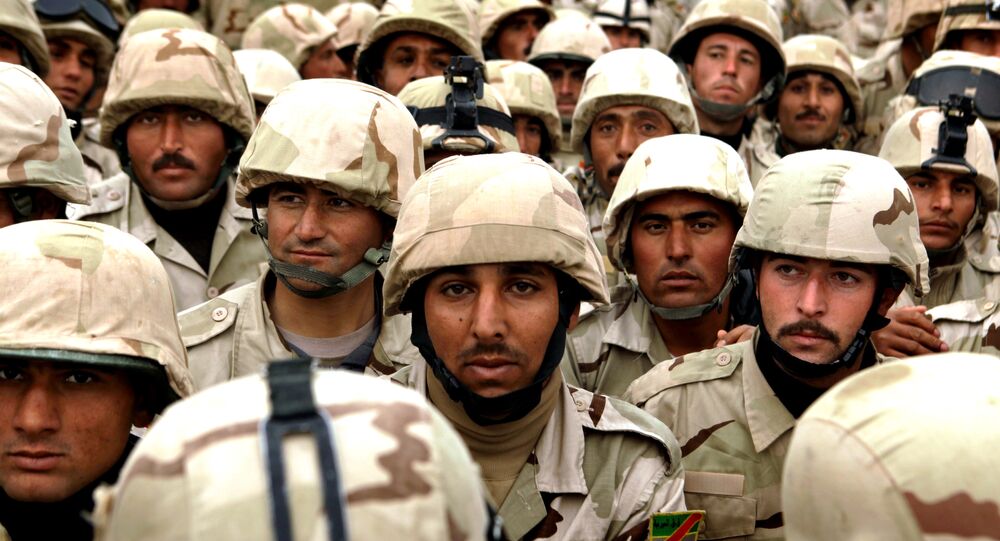 The Iraqi Army is all set to liberate the city of Mosul, which has been controlled by Daesh terrorists since June 2014, Iraqi Media News agency reported, citing a senior military commander.

© REUTERS / Thaier Al-Sudani
US-Coalition to Train at Least 10 Iraqi Brigades to Retake Mosul from Daesh - Pentagon
As the country’s second largest city in the northern Nineveh province, Mosul is the main concentration center of jihadist militants.

“Our well trained and armed units are currently deployed in Mahmur [southeast of  Mosul] and are ready to launch an operation to liberate Mosul,” Maj. Gen. Najim al-Jubouri, the top military commander in Nineveh province, told the agency on Friday.

He added that the region’s military authorities were acting in close coordination with the popular forces and appreciated their help in the ongoing fight against the terrorists.

Iraqi Defense Minister Khaled al-Obeidi earlier promised to liberate the strategic city in 2016 in what he said would be a game-changer in the war on terror.

Daesh, outlawed in Russia and many other countries, is a violent extremist group that has seized large areas in Syria and Iraq and declared a caliphate on territories under its control.