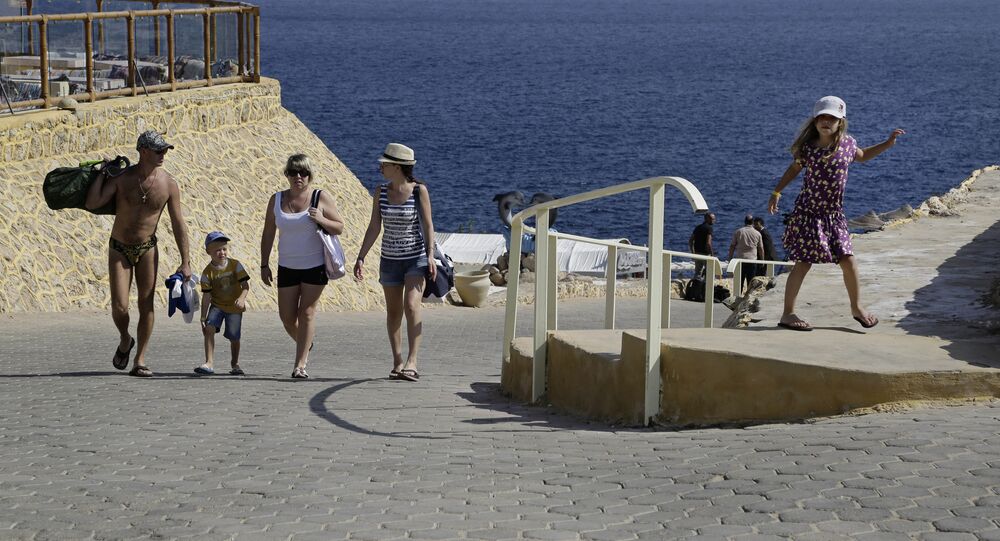 Russian Tourists May Return to Egypt in Foreseeable Future

There is a possibility that Russian tourists will soon return to Egyptian resorts, speaker of the lower house of Russia's parliament Sergey Naryshkin said Saturday.

MOSCOW (Sputnik) — On January 26-27, the Russian delegation, headed by Naryshkin, arrived in Egypt to discuss bilateral cooperation between the countries, including in the sphere of tourism, following the suspension of all passenger flights to and from Egypt.

"I believe, yes," Naryshkin said in an interview with Sergey Brilev, host of the Vesti v Subbotu (Saturday News) show on Rossiya-1 television when asked whether Russian tourists will return to Egypt in foreseeable future.

© Sputnik / Maxim Grigoryev
Chocks Away! Russia and Egypt Get Down to Solving Air Security Issues
According to Naryshkin, Egyptian authorities have taken significant measures to ensure security in the streets, squares, at airports.

He added that in late 2015, Russia opened a consulate in the western Egyptian city of Hurghada that was an evidence of Moscow's plans to strengthen ties with Cairo.

On October 31, 2015, the Russia-operated Airbus A321 crashed en route from the Egyptian resort of Sharm el-Sheikh to St. Petersburg. All 224 people on board the plane were killed. The crash has become the largest civil aviation disaster in Russian history. The Islamic State terrorist group, which is outlawed in Russia, claimed responsibility for the crash. Soon after the catastrophe, Russia suspended all passenger flights to and from Egypt.