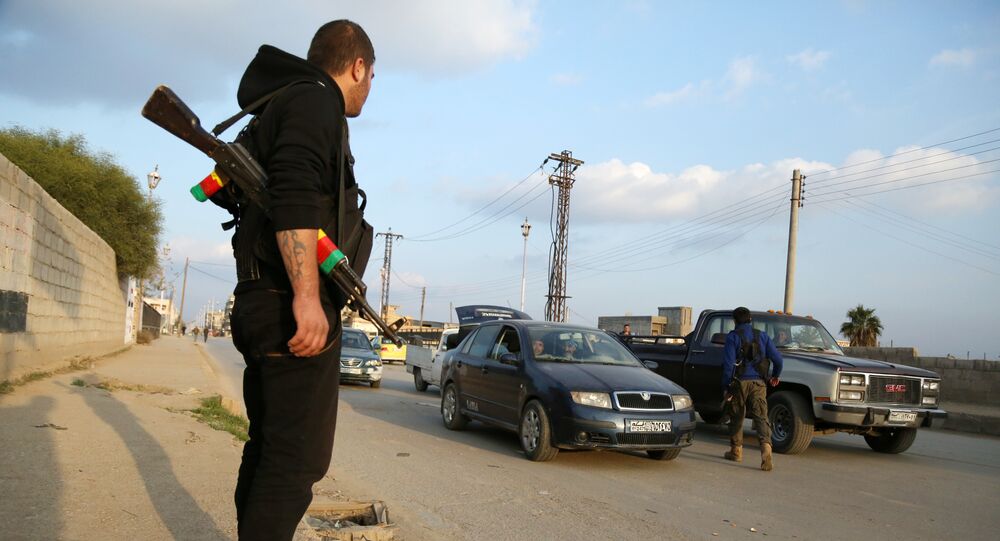 The intra-Syrian talks in Geneva will pave the way for an Islamic system of government in Syria unless the secular Kurds are involved in the peace process, Washington Kurdish Institute Director of Media and Policy Yousuf Ismael told Sputnik on Friday.

© AFP 2021 / LOUISA GOULIAMAKI
'Not Giving in to Blackmail': Russia Will Not Allow Exclusion of Kurds From Syrian Peace Talks
WASHINGTON (Sputnik), Michael Hughes — Earlier in the day, the highly-anticipated talks on Syrian reconciliation mediated by UN Special Envoy for Syria Staffan de Mistura began in Geneva, despite the absence of some delegations from the Syrian opposition.

Russia's envoy to the UN Office in Geneva Alexey Borodavkin said Moscow would not permit the Kurds to be excluded from the intra-Syrian talks.

"The Kurds have been excluded until this moment, as we speak, and they are the only secular side of the opposition in Syria," Ismael stated. "Without the Kurds, the creation of an Islamic system [will take place] in the country."

Ismael pointed out the Syrian opposition is led by religious extremist groups, such as the Army of Islam, whose ideology and flag resemble those of Daesh.

Looking at the Syrian opposition groups and their religious affiliations, Ismael noted, makes it clear that without the Kurds the talks will facilitate the rise of extremists.

Regardless what exact words are used to describe it, he added, an Islamic type of government will rule in Syria after President Bashar Assad’s transition from power.

The Syrian Kurdish Democratic Union Party (PYD) has not been invited by the United Nations to the talks. The party has accused the Turkish government of throwing its weight behind the UN decision.

Turkey has been opposed to PYD’s involvement in the talks, claiming the party is linked to the pro-independence Kurdistan Workers' Party (PKK) militant movement, which is active in southeastern Turkey and is considered a terrorist organization by Ankara.