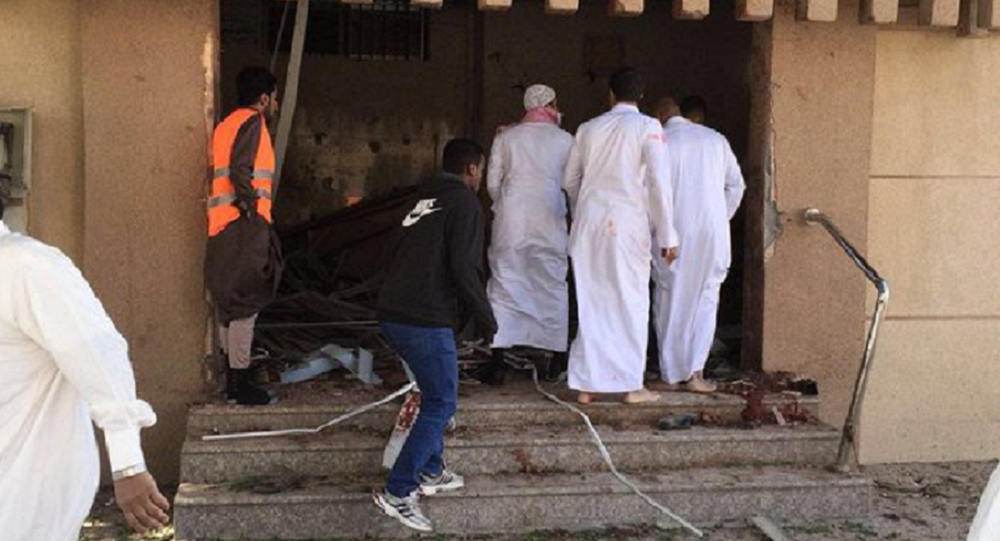 Eyewitnesses said gunfire was heard after an explosion had hit a Shiite mosque in eastern Saudi Arabia, wounding a number of people, al-Arabiya reports.

Conflicting reports suggest at least 3 or 5 people were killed in the attack. Meanwhile, the country's Interior Ministry stated, as cited by Saudi state news agency SPA, that only two people had been killed.

​A suspect in the attack has been reportedly arrested, al-Arabiya reported.

"Two suicide bombers attempted to enter Imam Rida Mosque in Mahasen neigborhood in the Ahsa province during the prayers. When security men stopped them, one blew himself up at the entrance of the mosque and there was an exchange of fire with the other," the Interior ministry spokesperson added, as quoted by the SPA news agency.

According to the Saudi Interior Ministry, Saudi police wounded and arrested the second suicide bomber, who was also wearing a belt with explosives.

No terrorist group has claimed responsibility for the blast.

​Shiites in Saudi Arabia previously have been targeted by Daesh terrorists in the kingdom.

In August 2015, at least 15 people were killed in a suicide attack on Shiite mosque in southwest Saudi Arabia used by members of a local security force. In May, a suicide bomber blew himself up during Friday prayers at a mosque in the village of al-Qadeeh in eastern Saudi Arabia.