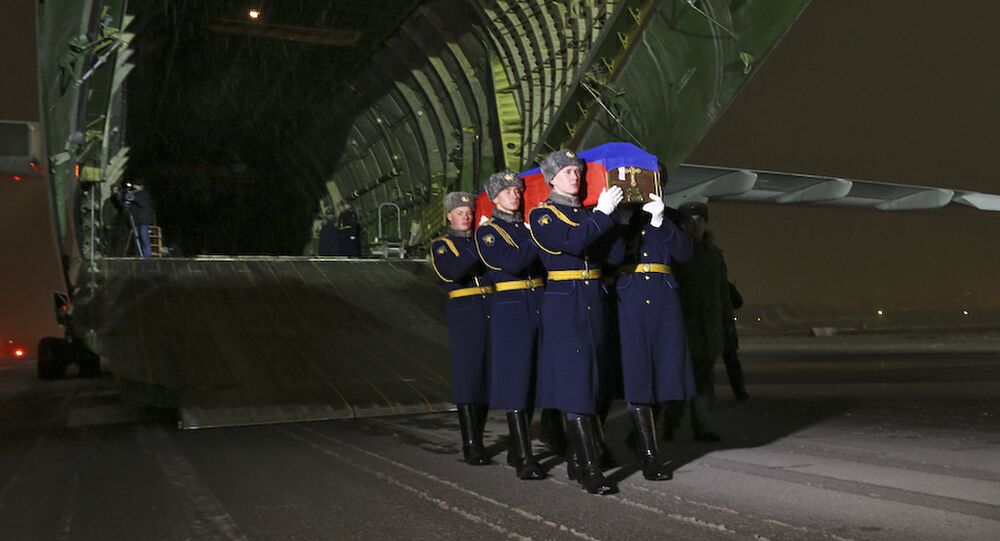 lparslan Celik, a Turkish citizen allegedly responsible for killing the pilot of the downed Russian Su-24 aircraft, was spotted at the funeral of Ibrahim Kucuk allegedly killed by Russian airstrikes in Syria, according to local media.

Celik was spotted on Wednesday at the funeral of Ibrahim Kucuk allegedly killed by Russian airstrikes in Syria, the Hurriyet newspaper reported. According to the paper, Celik said he would soon return to Syria and fight against militants of the Islamic State, also known as Daesh, group.

​In December, the Russian Foreign Ministry demanded immediate action from Ankara to find and prosecute Celik and his associates, who were believed to be responsible for the murder of Oleg Peshkov, one of the pilots of the Russian Su-24 attack aircraft that was shot down by Turkey.

Peshkov was killed by rebel fire from the ground after ejecting, while his co-pilot was later rescued and returned to the Russian airbase near Latakia.