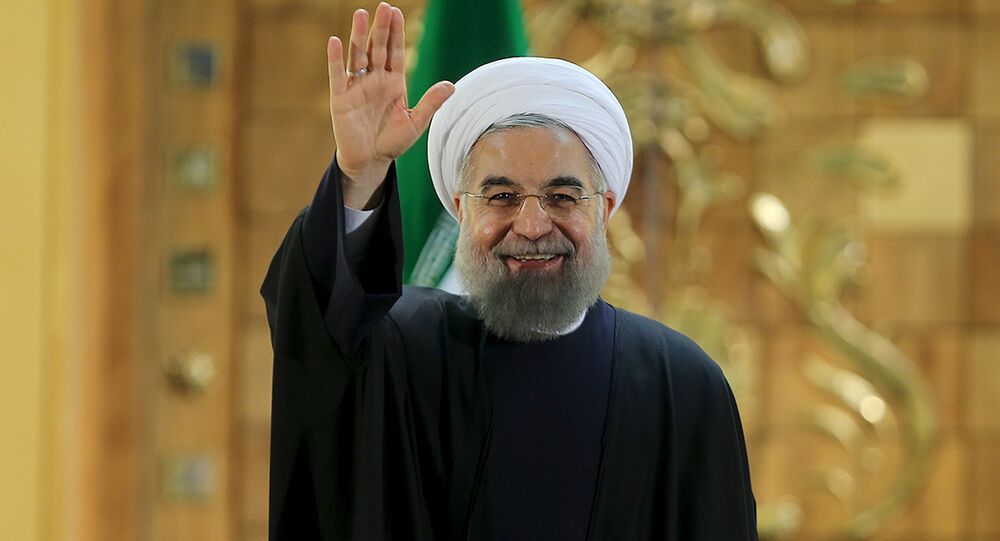 Rouhani: US, Iran Must Work Together to Calm Middle East

With the lifting of sanctions, Iran is poised to play a more active role in international diplomacy. During his visit to Italy, Iranian President Hassan Rouhani stressed that if the United States has any hope of solving conflicts in the Middle East, it needs Tehran’s help.

President Rouhani is conducting a four-day visit to Rome and Paris to shore up international business contracts, now that Iran is no longer isolated by sanctions.

Speaking in Rome, the president stated his hope that Tehran and Washington can work together to solve regional problems in the Middle East.

"It’s possible that Iran and the United States might have friendly relations. But the key is in Washington’s hands, not Tehran’s," he told reporters. "I would like to see the Americans set aside their hostility and choose another way, but inside the US there are some problems, there is no unified voice."

On Tuesday, Rouhani said that economic opportunity is key to creating stability in the region.

"If we want to combat extremism in the world, if we want to fight terror, one of the roads before us is providing growth and jobs. Lack of growth creates forces for terrorism. Unemployment creates soldiers for terrorists," he said during a business forum in Rome.

"We are ready to welcome investment, welcome technology and create a new export market," Rouhani added.

International sanctions have been lifted from Tehran following a nuclear agreement negotiated between Iran and the P5+1 nations, including Russia, the US, UK, China, France, and Germany. The lifting of sanctions comes in exchange for Iran limiting its uranium enrichment capabilities, and allowing UN inspections to ensure that the country is not pursuing development of nuclear weapons.