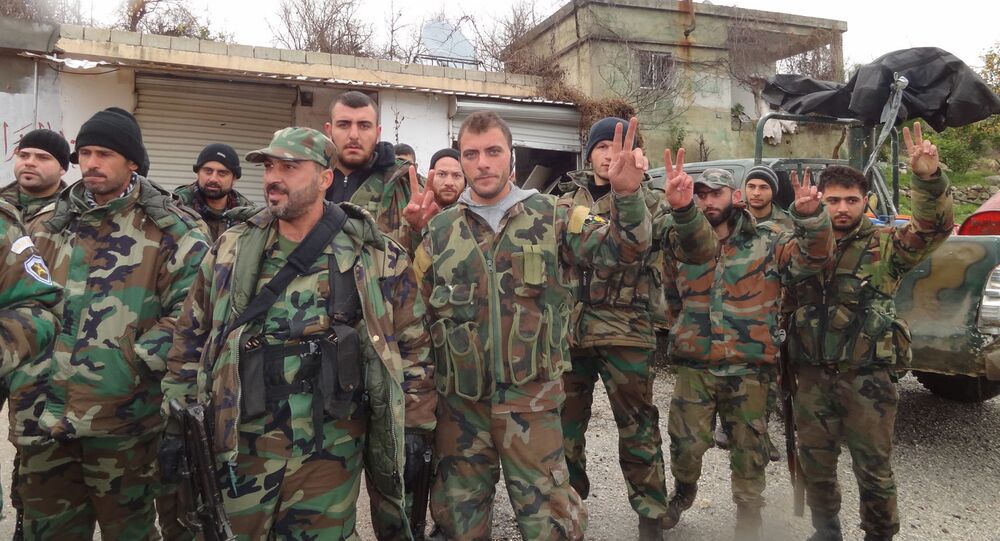 The Syrian Army and the country's National Defense Forces have reportedly liberated more than 18 towns and villages in the northern countryside of Latakia Province in western Syria.

The statement came after the Syrian troops managed to take control of the town of Rabia, one of the major Islamist strongholds in Latakia.

The statement underscored the importance of establishing control over Rabia, something that the Syrian Army command said would help the government forces destroy the remaining terrorist groups in Latakia's contested northeast.

In another development, the army and the NDF reportedly took full control of a strategic district located near Kweiris Airbase in the northern province of Aleppo.

#SYRIA Since January 22, Russian AF have been performing 70-100 sorties daily in order to support Syrian army and patriotic opposition units

The liberation of the district from Daesh came after the Syrian troops and the NDF took back the strategic villages of Qatar and Tal Hattabat, located to the north of Kweiris Airbase late last week.

#SYRIA According to Syrian patriotic opposition and Baghdad Info Center, up to 2000 militants with armored vehicles deployed near Deir ez-Zor

Adding to the Syrian Army's anti-terror effort is Russia's ongoing air campaign in Syria, which was launched on September 30, when more than fifty Russian warplanes, including Su-24M, Su-25 and Su-34 jets, commenced precision airstrikes on Daesh targets in the country at the behest of Syrian President Bashar Assad.

The statement came as dozens of Daesh terrorists were killed and many more wounded after the Syrian Army foiled a spate of militants' attempts to seize hilltops located near the strategic town of Baqaliyeh in the eastern province of Deir ez-Zor.