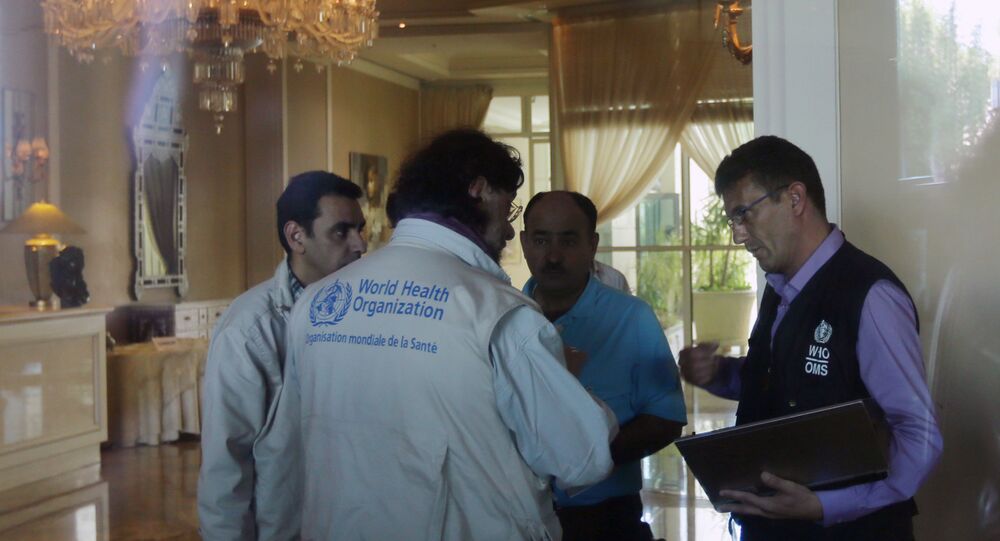 Elizabeth Hoff, the WHO representative in Damascus said that (WHO) asks negotiating parties to the Syrian conflict that will gather in Geneva to allow WHO access to the besieged areas in order to do 3-4 vaccinating campaigns reaching 2.3 million children.

"We ask negotiating parties to the Syrian conflict that will gather in Geneva: allow us access to the besieged areas; we need to do 3-4 vaccinating campaigns reaching 2.3 million children," Elizabeth Hoff said at a press conference.

A WHO polio immunization campaign in Syria in October, which was due to reach 500,000 children, was prevented from doing so when obstacles were put in its way by parties to the conflict, the UN agency asserted in its Regional Situation Report, released in October.

In the report, WHO said it had provided technical assistance to prepare and implement a polio campaign in Syria to reach 2.3 million children under 5 years.

© Flickr / Andrew Rusk
‘If You Want to Defend Kurds, You Cannot Attack Them’: Noam Chomsky
Earlier in January, several UN officials and heads of humanitarian non-governmental organizations issued a joint statement calling for an end to the ongoing violence and suffering in Syria by providing access for humanitarian organizations inside the country, as well as establishing humanitarian pauses in the fighting and ceasefires.

Syria has been in a state of civil war since 2011, with government forces fighting anti-government rebels as well as extremist groups. More than 13 million people have been internally displaced by the war, while over four million Syrians are living in neighboring countries, including Turkey, Lebanon, Jordan, Iraq and Egypt.