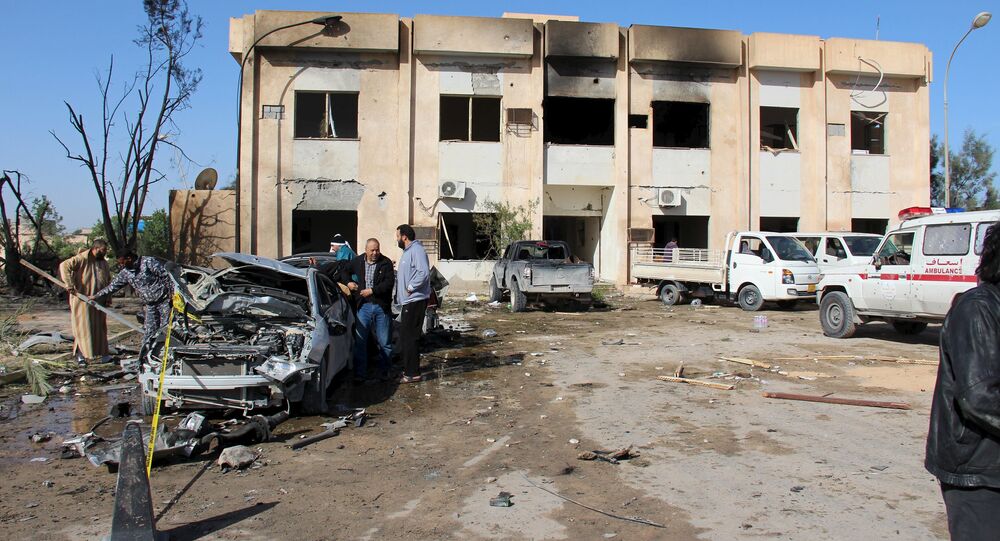 US Special Operations Command is paying increased attention to Libya and working out ways to keep the country from becoming a new Daesh stronghold, its commander said Wednesday.

Military commanders have intensified their warnings recently regarding a threat coming from members of the Daesh extremist group in Libya. The head of US Special Forces Command, General Joseph Votel, said there have long been concerns that the militants were expanding their presence in the country.

"There is a concern about Libya," he said at a conference in Washington this week, adding that, "It can't all be about Iraq and Syria."

In October, a Defense Intelligence Agency expert said that Libya has become a new target for Daesh, and is intended to be used as "the hub to project themselves across all of North Africa."

© Flickr / stefano benedetto
Italy Sends Fighter Aircraft to Birgi Base Amid Concerns Over Libya
There have been reports that Daesh sent its key leader in Iraq, Abu Omar, to Libya to enhance the terrorist group's influence in the town of Sirte as well as to prepare a potential asylum for Daesh leaders currently in Syria and Iraq. Recruits have reportedly been pouring into the country weekly since Turkey tightened its border with Syria.

Votel, who has been nominated to take over US Central Command, said at the conference that American special operators will continue conducting reconnaissance missions and collecting data, as part of an effort to keep Daesh from growing more powerful in the region.

"In order to address this threat holistically, we do have to do activities and pursue objectives that allow us to tamp down on it," he said, including to, "prevent it, and destroy it in areas where it is not wholly grown or beginning to metastasize so that we can bring that area back to legitimate local control."

According to the general, United States special operations forces (SOF) is currently engaged in non-combat operations.

Votel also asserted that US SOF will continue to build up the ability of allies in Libya to combat Daesh on their own, while admitting it would be a challenge, as there is currently no functional government in the country, and various militias in Libya are unreliable and poorly organized.

"It is a challenge in Libya," he said, but, "not impossible."