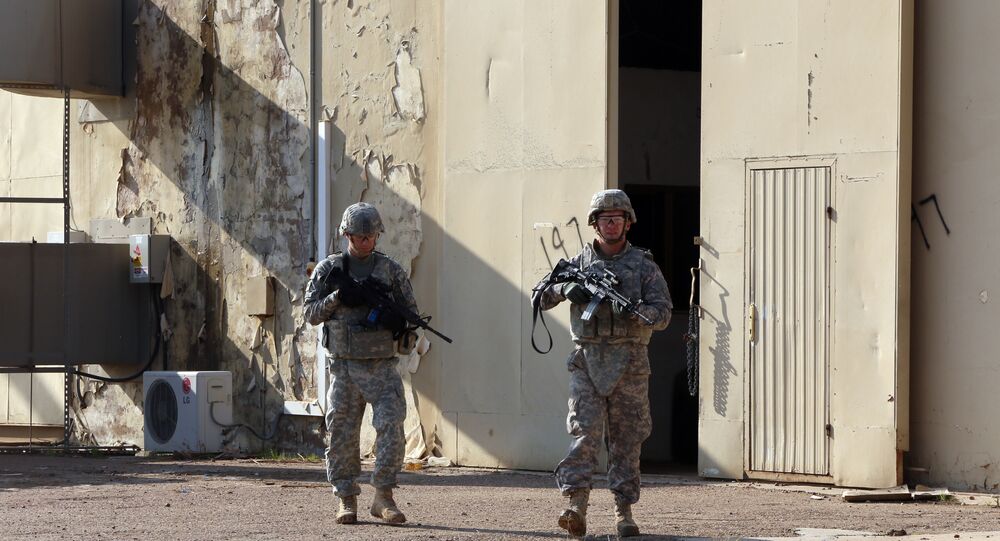 US Defense Secretary Ashton Carter said that the US-led coalition will put boots on the ground to fight against Daesh terrorists in Syria and Iraq.

Carter said in an interview with CNBC that there would be boots on the ground as part of the strategy to fight Daesh in Iraq and Syria.

He also said that the US' allies in the fight against Daesh "can do more," adding that the terrorist group needs to be defeated in the Iraqi Mosul and it's so-called capital in Syria's Raqqa.

"We need to destroy them in those two places, and I'd like to get on with that as soon as possible," Carter stressed.

The defense secretary added that the US-led coalition is trying to cut of communication between terrorists in "the Iraqi theater from the Syrian theater" and that Washington's aim is to mobilize local forces rather than fighting instead of them.

"We're looking for opportunities to do more, and there will be boots on the ground — I want to be clear about that — but it's a strategic question, whether you are enabling local forces to take and hold, rather than trying to substitute for them," Carter said.

"I don't think we or anybody else can substitute for them, but there's a lot we can do to enable them, including being on the ground with them," he added.

© AFP 2020 / SHAH Marai
US Military Allowed to Strike Daesh Affiliate in Afghanistan
The United States is leading an international coalition of 65 countries which has been carrying out airstrikes on Daesh positions in Iraq and Syria since 2014, without a permission from Damascus or the UN Security Council. Daesh is a terrorist organization prohibited in numerous countries including the United States and Russia — in both Iraq and Syria.

Last October, US President Barack Obama reaffirmed that the United States would not send ground troops to Syria to join operations against the Daesh. The same month, US Defense Secretary Ashton Carter said that the Pentagon had not ruled out conducting ground attacks against Daesh.

Russia has been carrying out separate precision airstrikes against IS and al-Nusra Front in Syria since September 30, at the request of President Bashar Assad. Both groups are outlawed in Russia.

Russian President Vladimir Putin repeatedly said that the Russian forces would provide support to the Syrian Army only by air, ruling out the possibility of Russian ground operations in the country.