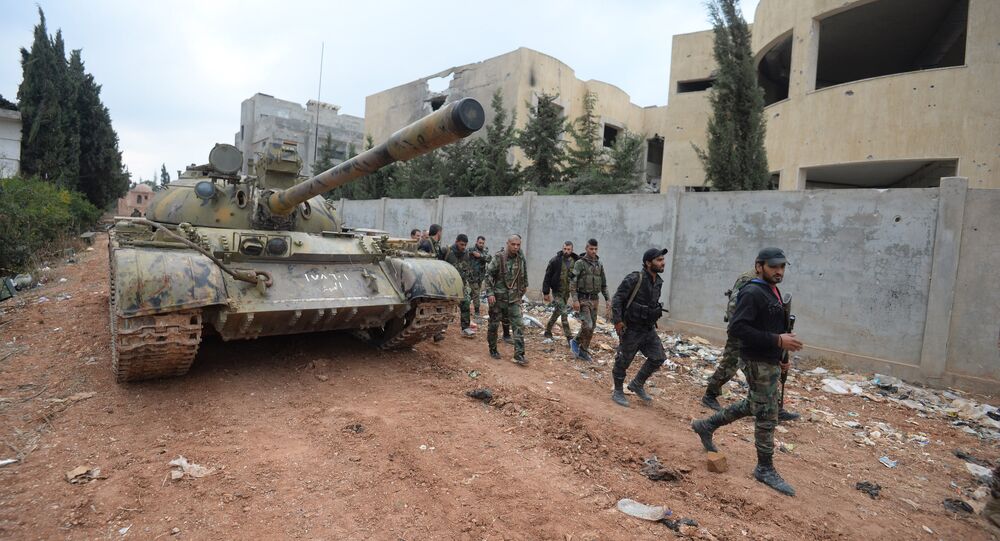 "The Syrian army units and the popular defense groups established control over a number of strategic hills and heights, including Thaniet Rashed, in the eastern side of Homs province," a field source said on Thursday.

Ministry of defence of the Russian Federation
On the Offensive: Russia, Syria ‘Drive Islamists Into Corner'
On Wednesday, the Syrian Air Force pounded Daesh and al-Nusra gathering centers across the Central province and Homs killing many terrorists and causing considerable damage to their lines of supply.

"The Syrian fighter jets tracked and targeted the ISIL positions near the town of Maheen and around the ancient Assyrian town of Quaryatayn in the southeastern part of Homs province, which ended in the destruction of many weapons and vehicles," the army said.

Meanwhile, Syrian fighter jets stormed the al-Qaeda-affiliated al-Nusra Front's defense lines in Tir Ma'ala West of Talbiseh and near Um Sharshouh North of the province leaving many terrorists killed and wounded and destroying much of their equipment, the Army said in a statement.

On the Offensive: Russia, Syria ‘Drive Islamists Into Corner'