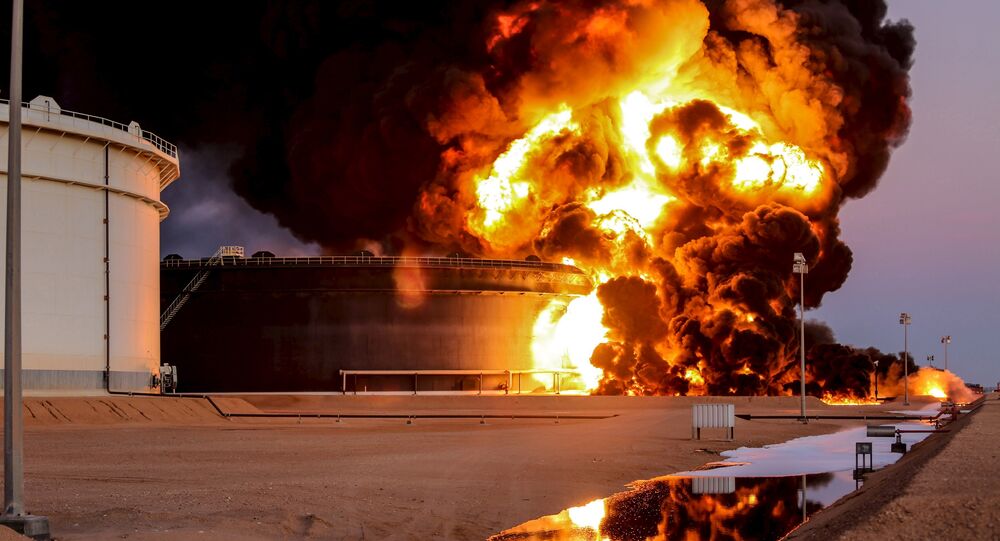 Firefighters 'Unable to Get' to Burning Libyan Port After Militant Attack

"Fire engines and [members of] the emergency situations committee have not yet managed to enter the terminal to extinguish the fire in the oil storage tanks because of the fragile security situation," Harari said.

According to Harari, it is impossible to estimate the company's losses, as two or three oil storage tanks are still burning.

© AP Photo /
UK 'Created Terrorist Breading Ground' in Libya Amid Reports of Deployments
According to reports, Daesh militants released a video via the Telegram messenger, in which it threatened to attack other Libyan oil facilities, including the ports of Brega, Tobruk, Es Serir, Jallo, and al-Kufra.

Earlier in January, Daesh militants set fire to an oil tank in Ras Lanuf port and set the terminal ablaze in Es Sidra.

The instability that has plagued Libya since 2011 has led to the emergence of numerous militant groups, including Daesh, which is outlawed in a range of countries, including Russia.