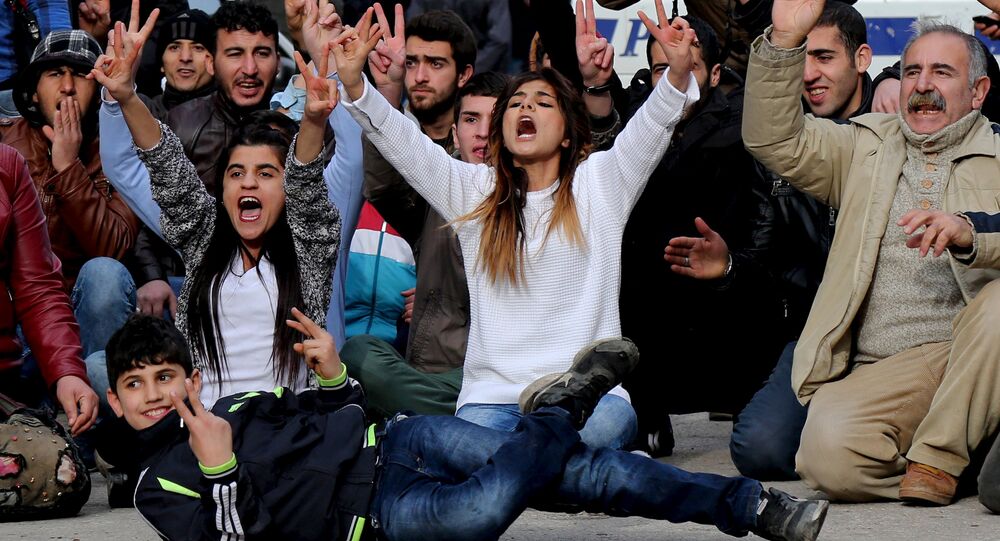 Turkey is threatening the lives of up 200,000 of its own citizens and subjecting Kurdish communities to "collective punishment" as security forces hunt for Kurdish militants in the country's south-east, a new report has claimed.

The report, released by Amnesty International (AI), accused Turkish security forces of "recklessly" using excessive force in its attempt to apprehend Kurdish rebels in some parts of the country.

"Operations by police and the military… have been characterized by abusive use of force, including firing heavy weaponry in residential neighborhoods," the report said, noting that many civilians were facing "extreme hardships… as a result of harsh and arbitrary measures."

"There is little doubt that the Turkish authorities are putting lives at risk by using lethal force excessively and recklessly," the report added.

With almost day-to-day fighting between security forces and Kurdish rebels, authorities have implemented round the clock curfews in some Kurdish communities, which has resulted in many civilians being confined indoors, subsequently restricting them from access to basic medicals supplies and water, AI said.

"The operations currently being conducted under round-the-clock curfews are putting the lives of tens of thousands of people at risk and are beginning to resemble collective punishment," John Dalhuisen, Amnesty International's Europe and Central Asia Program Director said.

© REUTERS / Sertac Kayar
Turkish police stand guard near a police station, which was targeted by a truck bomb attack, in Cinar in the southeastern city of Diyarbakir, Turkey, January 14, 2016

"Crippling curfews that do not allow people to leave their houses at all have been in place for more than a month, effectively laying siege to entire neighborhoods," Dalhuisen added.

Violence between Turkish security forces and Kurdish militia is at its worst in decades after the Kurdistan Workers Party (PKK), which Ankara considers to be a terrorist organization, reignited insurgent attacks last year in reaction to Turkish bombing of Kurdish positions in Iraq and Syria.

Turkish army officials say 600 PKK militants have been killed during recent clashes, which have intensified in the Sur district of Diyarbakir, the largest city in the Kurd-dominated southeast of Turkey.

Dozens of security force members have also been killed in clashes with PKK rebels and other affiliate groups.

Turkey however, has been accused of recklessness and being responsible for the deaths of 150 civilians in recent times.

"Among those killed were young children, women and elderly people, who are very unlikely to have been involved in clashes with security forces," AI said.

Critics have accused Turkey of carrying out the practice of collective punishment on Kurdish communities, which is similar to the criticism leveled at Israeli forces during the 2014 military offensive in Gaza, which resulted in more than 2,200 Palestinian deaths.