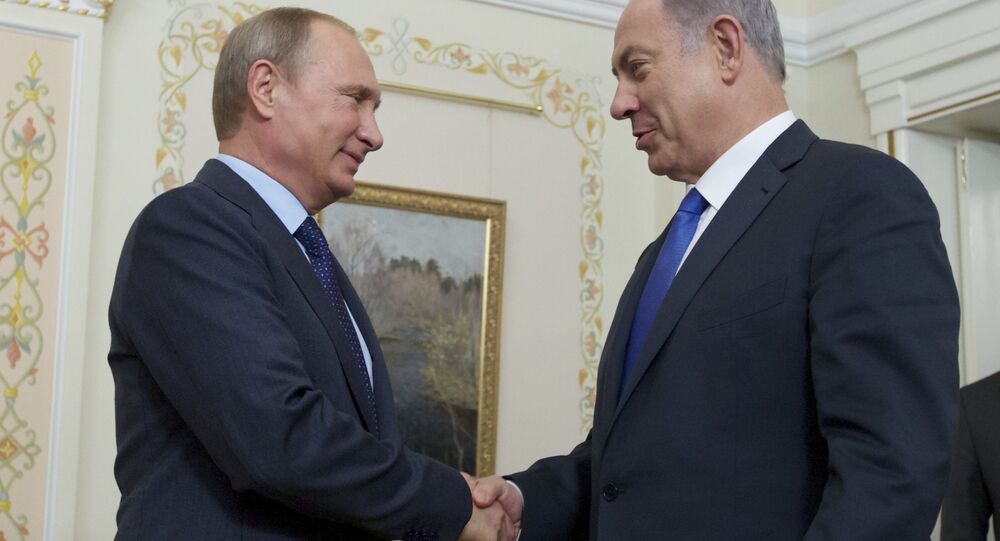 Israel is not too much excited about Russia's involvement in the Middle East, but the benefits outweigh the shortcomings, German newspaper Deutsche Wirtschafts Nachrichten (DWN) reported.

In an interview with DWN, Yakov Kedmi, a former Israeli secret services' officer, said that coordination between Russia and Israel had been working well, despite the fact that "the presence of Russia's integrated air defense system in Syria is inconvenient for Israel."

"Israel has lost its exclusive control over the airspace in Lebanon and Syria — but Russia has made it clear that the air defense system is entirely under its control and not under that of Syria," Kedmi said.

© Sputnik / Dmitriy Vinogradov
Israel, Russia Develop Coordination Mechanism to Prevent Air Incidents - Israeli Ambassador
In fact, Russia's presence in Syria decreases the influence of Iran in the region which is beneficial for Israeli authorities. Iran was planning to lend support for Syrian militias, a part of which are Shiites. Russia, on the contrary, is planning to build up the Syrian army, aimed at preserving Syria's secularism.

Interestingly, Israeli observers recommend Germany to cooperate with Russia because, they argue, Moscow does not intend to overthrow governments in other countries unlike the US, DWN wrote.

According to a number of experts, Germany's future lies in its cooperation with Russia, but so far Germany takes the opposite stance and follows the US' prescriptions, although in contrast to the US, Russia shows no desire to change regimes or impose its ideology on other countries.

"The Soviet-time is over. Putin established a new Russia, maintaining correct and friendly relations with Israel," Kedmi said.