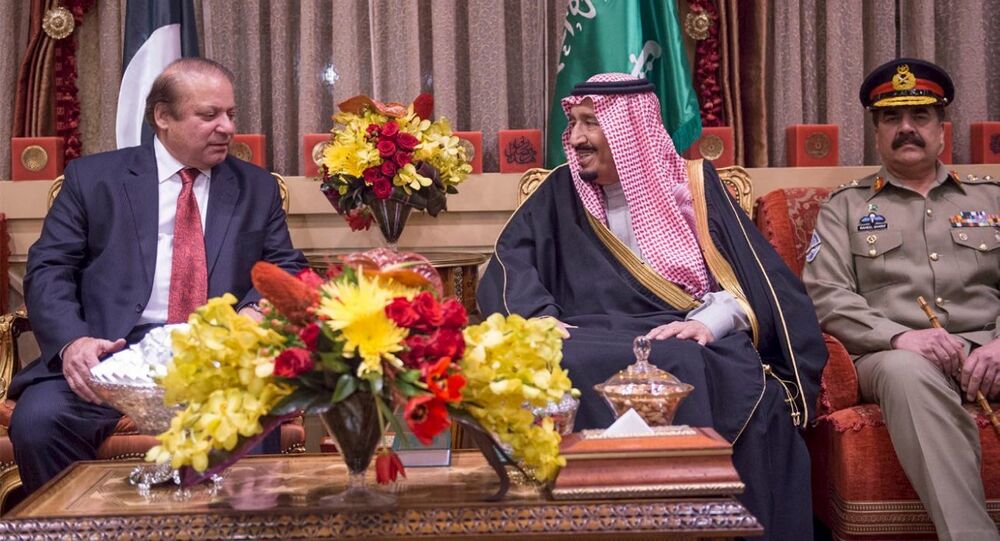 Pakistan's political and military leadership is making major efforts to ease tensions between Riyadh and Tehran, which some have called a cold war, as Islamabad does not want to become a "battleground" for the two leading Sunni and Shiite nations, Arif Rafiq wrote for National Interest.

The Sunni-dominated South Asian country, which is also home to a large Shiite minority, has recently managed to contain sectarian violence. Deteriorating relations between the oil kingdom and the Islamic Republic could have an adverse effect on this process.

"While a reigniting of sectarian tensions in Pakistan would not constitute an existential threat, it would jeopardize Pakistan's efforts to consolidate counterinsurgency and counterterrorism gains made nationwide over the past two years," the president of Vizier Consulting explained.

Prime Minister Nawaz Sharif and Chief of Army Staff Gen. Raheel Sharif met with King Salman and Iranian President Hassan Rouhani earlier this week in a bid to promote peace between the two countries to prevent this from happening.

Islamabad has also been motivated to act as a peacemaker by external factors, primarily by the shifting power balance in the Middle East. One of the major regional developments includes the 2015 Iranian nuclear deal that resulted in the US, the EU and the UN lifting sanctions imposed on Tehran.

However, Pakistan is not a 100-percent impartial mediator, the expert noted, calling Islamabad's position "intriguing." The South Asian country is Saudi Arabia's strategic ally. Up to 2 million Pakistanis work in the oil kingdom, which has also provided financial aid to Islamabad in its times of need.

"A severe, existential crisis in Saudi Arabia would shock the Pakistani economy and result in the potential loss of a strategic security partner," Arif Rafiq noted.

As a result, Pakistan has tried to refrain from steps that could upset the bilateral ties. For instance, the country refused to take part in the Saudi-led operation in Yemen – much to Riyadh's disappointment.

Lack of Self-Confidence: Why Saudis Fear the Rise of Iran?