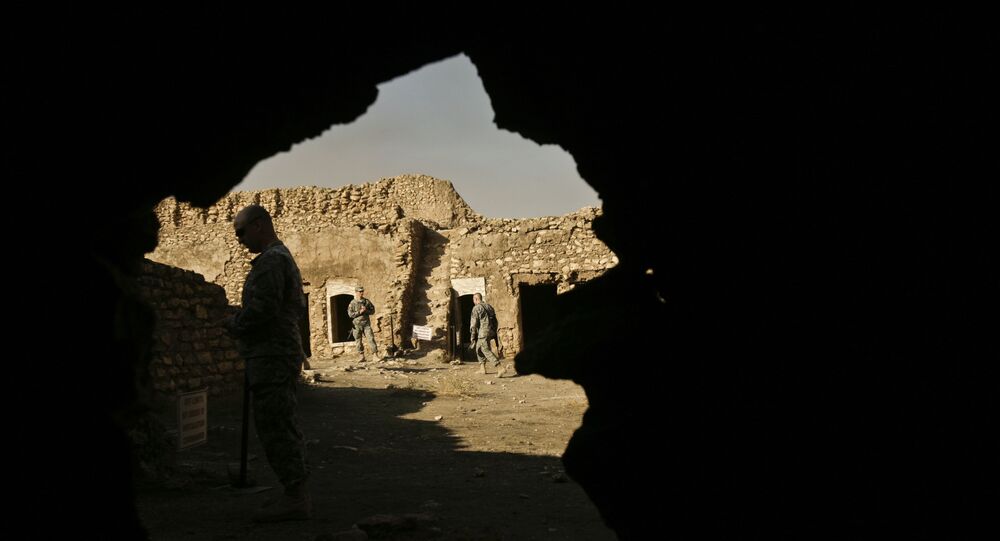 The Christian site was completely razed near Daesh-occupied Mosul in northern Iraq.

The historic St. Elijah monastery, situated on a hill near Mosul and dating from the 6th century, was razed by Daesh in late 2014, following the occupation of the area by the terrorist organization, Associated Press reported on Wednesday.

“I can’t describe my sadness,” Father Paul Thabit Habib commented. “Our Christian history in Mosul is being barbarically leveled. We see it as an attempt to expel us from Iraq, eliminating and finishing our existence in this land.”

​Satellite images released by AP show that the ancient monastery has been completely demolished.

© Sputnik / Andrey Stenin
Daesh Phenomenon: World Faces ‘New Kind of Ideological Islamic Fascism'
Over 100 historic sites are thought to have been destroyed by Daesh extremists. Christians in Iraq and Syria have been systematically persecuted, their properties expropriated and lives put under constant threat as a result of the violent extremist group. Some Christians have been executed for their faith.

In Syria, militants from Daesh blew up the Church of the Virgin Mary in northeast of the country on Easter Sunday 2015.

© Flickr / Arian Zwegers
Palmyra Arch Suffering Daesh Demolition to Be 3D-Printed in UK, US
Daesh is notorious for destructive rampages against both Christian and Muslim holy sites, destroying churches and mosques across occupied areas, along with ancient and historically-significant heritage sites. Not even graveyards have been safe from extermination. In February 2015, Daesh militants in the Syrian city of Tel Hermosa, in the Hasakah province, destroyed one of country’s oldest churches. In March 2015, Daesh terrorists destroyed a 15th century Catholic monastery in the Iraqi city of Mosul; earlier, extremists in Mosul burned a church constructed in the 3rd Century.

The UK-based charity Aid to the Church in Need issued a worrying report to the British House of Lords last fall, warning that Christianity in Iraq and Syria would be gravely threatened, if not entirely extinguished, by 2020, if Daesh is not stopped.