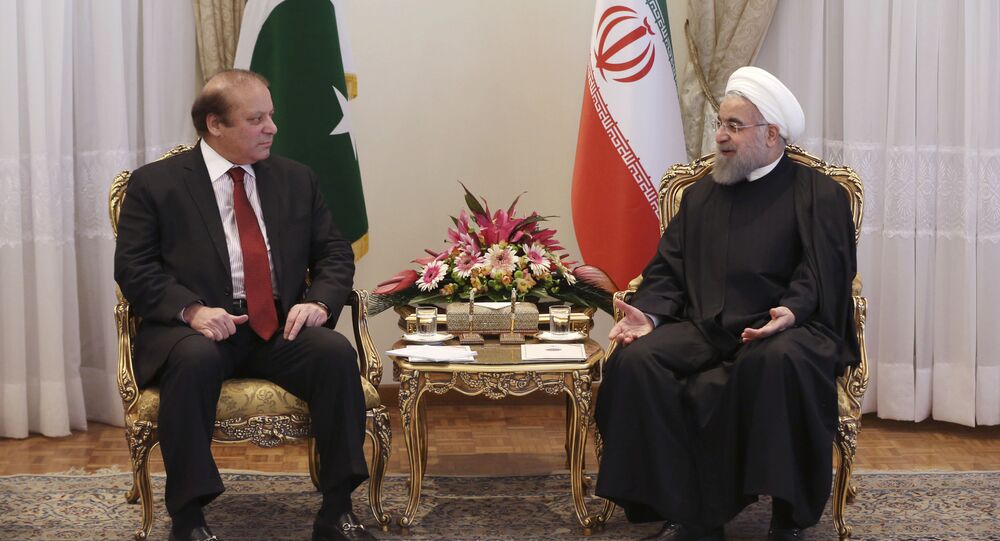 A source in the Iranian Foreign Ministry said that the "ball is in the Saudi court," and Tehran is ready for relations with all countries of the region, including Saudi Arabia.

MOSCOW (Sputnik) — Iran is open to relations with all countries in the region, but it is up to Riyadh to reach out to Tehran, a source in the Iranian Foreign Ministry told Sputnik.

"I can only say that the ball is in the Saudi court, and Tehran is ready for relations with all countries of the region, including Saudi Arabia," the source told Sputnik.

The source confirmed that Pakistan Prime Minister Nawaz Sharif and Iranian President Hassan Rouhani had discussed the issue. The latter said that he considered attacks against Saudi missions in Iran unacceptable, but Riyadh was blowing the situation out of proportion, according to the source.

© REUTERS / Faisal Al Nasser/Files
Heading for Catastrophe? What May Force Riyadh to Unleash War Against Iran
On January 2, Riyadh announced the execution of prominent Shiite cleric Sheikh Nimr al-Nimr, inciting a response in Iran, where the Saudi diplomatic missions were stormed by protesters.

Saudi Arabia formally severed diplomatic ties with Iran after the incident, and was joined by Bahrain, Sudan and Djibouti, while the United Arab Emirates downgraded its diplomatic relations with Iran and Kuwait recalled its ambassador.