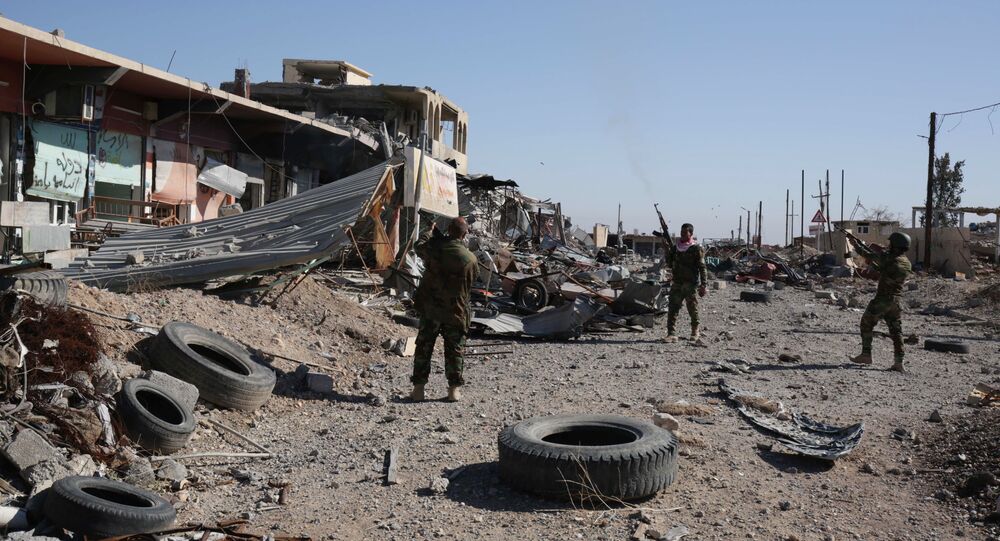 According to a report by a prominent rights watchdog, Kurdish militias have destroyed thousands of homes belonging to Arabs in northern Iraq for their alleged support of the Daesh militant group.

© AP Photo / Gali Tibbon
Divide and Rule: Israeli Minister Calls for Creation of Independent Kurdistan in the Heart of the Middle East
MOSCOW (Sputnik) – Kurdish militias have destroyed thousands of homes belonging to Arabs in northern Iraq for their alleged support of the Daesh militant group, a report by a prominent rights watchdog said Wednesday.

"Peshmerga forces of the Kurdistan Regional Government (KRG) and Kurdish militias in northern Iraq have bulldozed, blown up and burned down thousands of homes in Arab villages," Amnesty International said in the report.

The 46-page report documents widespread burning of homes and property in villages and towns in Nineveh, Kirkuk and Diyala governorates which Peshmerga forces captured from Daesh militants.

Accusations of widespread destruction in Arab communities were substantiated by a field investigation in 13 villages, satellite images and reports from over a hundred witnesses.

Many Arabs displaced by fighting in northern Iraq have been prevented from returning to their homes by Kurdish militias, while others were expelled after Peshmerga forces had taken control of the areas, the report said.

"They are examples of a wider pattern across the disputed areas of northern Iraq, where parties which had long vied for exclusive control of these areas are now intent on consolidating territorial gains," the report said.

Amnesty International has called on KRG, as well as states from the US-led coalition providing support to Kurds, to take steps to ensure those responsible for the abuses are held accountable for what the watchdog said constituted a war crime.

Scores of Kurdish Migrants Return Home After Disappointment in Europe