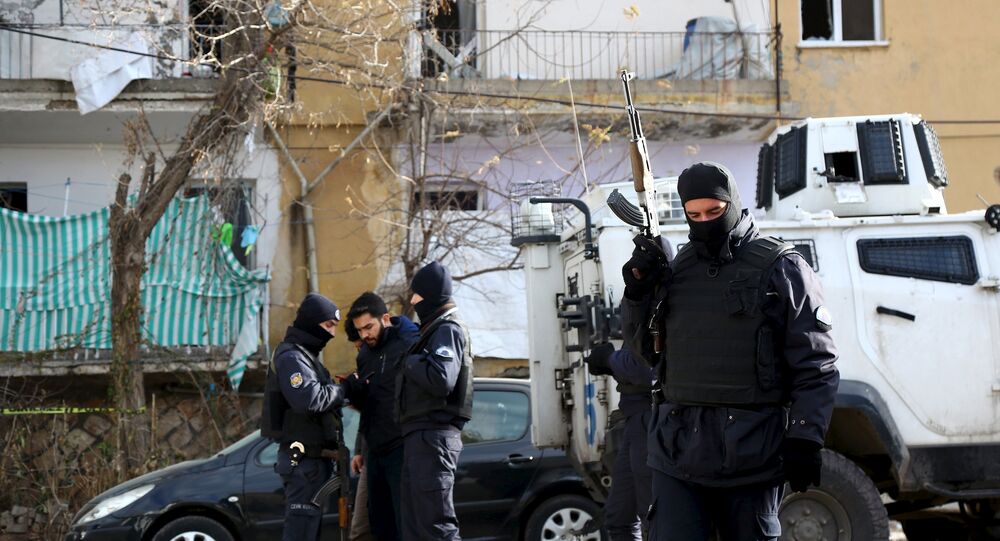 Turkish security forces killed 600 fighters since December, 2015, according to the statement of the Turkish General Staff.

In December, the Turkish authorities declared a curfew in a number of southeastern regions where armed clashes between Ankara forces and PKK fighters continue.

© REUTERS / Sertac Kayar
Brutal Crackdown on Kurds Shows Erdogan’s Desire for ‘Dictatorship’
Earlier, the Turkish military announced that a total of 136 Kurdish militants were killed in the southeastern city of Silopi and over 20 in the cities of Nusaybin and Dargecit in the Mardin Province.

Tensions in Turkey escalated in July 2015, after 33 Kurdish activists were killed in a suicide blast in Suruc and two Turkish policemen were later murdered by PKK, which led to Ankara's military campaign against the group.