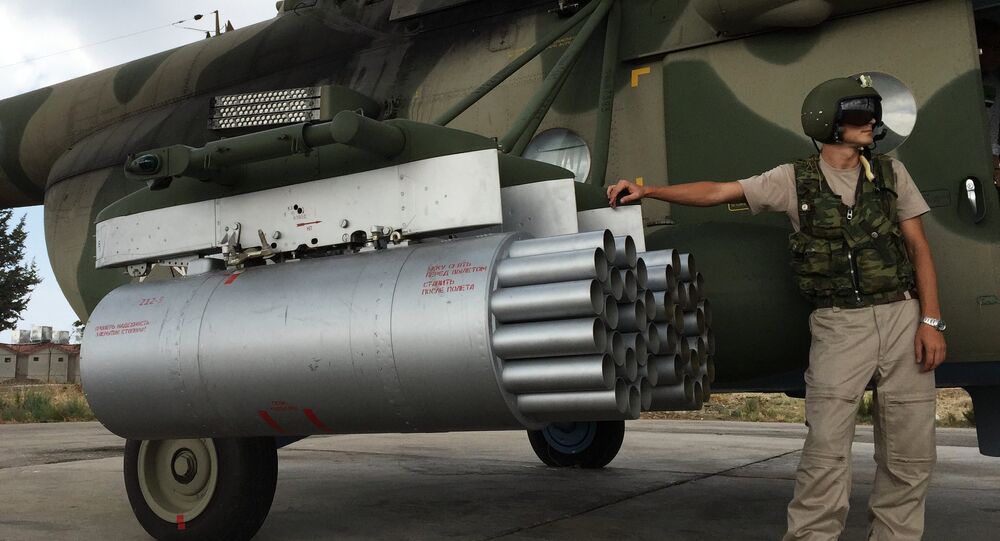 Russia’s aerial onslaught against militants in Syria has entirely changed the dynamics in the region, giving boost to Assad’s army and forcing the US and Turkey to scale back their ambitions: the US has softened its demands for Assad’s departure and Turkey has reduced its support for anti-government fighters, according to Middle East experts.

© REUTERS / JIM YOUNG
'Interesting' Relationship? US Democrats Debate US-Russia Relations, Syria
Syrian army units, backed by dozens of Russian airstrikes, have gained control over strategic swaths of the country’s territory, driving the rebels back to their rear-guard bases across the Turkish border, the Middle East correspondent for the Los Angeles Times acknowledges in his article.

This success, the author says, has strengthened the government's position in the run-up to Syrian peace negotiations, which are scheduled to begin next week in Geneva.

The change in the balance of powers has forced the US and other countries who were demanding President Assad’s immediate ousting to scale back their demands and accede to a plan for a transitional government  and to what the author describes as “a vague timeline that promises free and fair elections in 18 months”.

© Sputnik / Mikhail Voskresenskiy
Will Damascus's Regional Enemies Attempt to Use Their Proxies to Disrupt the Syrian Peace Talks?
Ankara has tightened up security along the more than 500-mile border it shares with Syria — a sharp contrast from its previous position in the region.

"Assad is winning. Russian air power [has] changed the entire dynamic of what's going on, and it just gives the Syrian army an incredible boost," the author quotes Joshua Landis, director of the Center for Middle East Studies at the University of Oklahoma, as saying in a phone interview.

The expert acknowledges that “Moscow's air onslaught appears to be gaining effectiveness as Russian commanders grow more familiar with the conflict and with the capabilities of allied Syrian ground forces."

"What I'm hearing from Damascus is that it has taken time to digest the new technology, for the Russians to get well situated, get the intelligence they require and know what they're doing," Landis said.

© CC BY 2.0 / DVIDSHUB / Re-enlistment on top of Alexander's Castle
Always on the Wrong Side: US Vet Questions Military's Muddled Loyalties
Russia's involvement has also led to a new calculation by Syria's neighbors, "restrict[ing] what they could do in Syria," Oraib Rantawi, director of the Quds Center for Political Studies in Amman, said in a phone interview with Los Angeles Times.

He also noted that the Military Operations Center, an Amman-based logistics hub supporting the rebels in southern Syria and staffed by intelligence operatives from 11 countries including those from the US, has reduced its role.