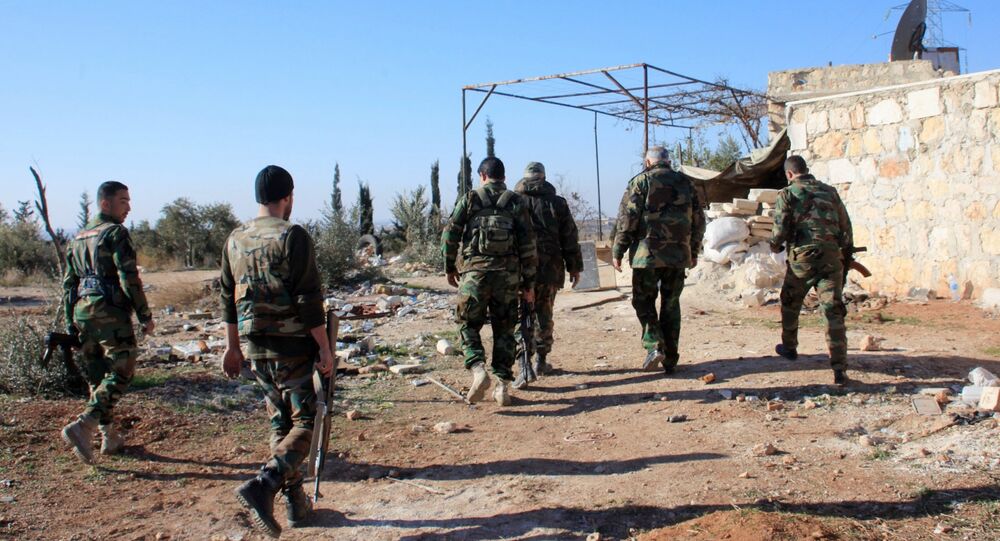 A humanitarian team led by the United Nations, and including the Syrian Arab Red Crescent and the International Committee of the Red Cross (ICRC), was unable to deliver aid to two besieged towns in northwestern Syria, the team said in a joint statement.

UNITED NATIONS (Sputnik) – On Monday, the UN press service announced food and medicine deliveries to Foua, Kafraya and Madaya for the third time this month. The aid reached Zabadani for the first time this year.

"The joint team had to postpone the mission to Foua and Kafraya upon receipt of reports from armed opposition groups that more time was needed to finalize security arrangements in areas under their control," the UN-SARC-ICRC statement said late Monday.

The coordinated team said it was able to deliver aid to the towns of Zabadani and Madaya in the province of Damascus.

"The joint UN, SARC and ICRC team will continue efforts to reach the two towns of Foua and Kafraya in Idleb province in order to assess conditions of people and better respond to their humanitarian needs."

An estimated 7.6 Syrians are internally displaced from the ongoing conflict between government, opposition and extremist forces in the Arab republic. UN Under-Secretary-General for Humanitarian Affairs Stephen O’Brien estimated last month up to 13.5 Syrians are in need of $8 billion in aid.

UN Has No Information on Syria Village Massacre