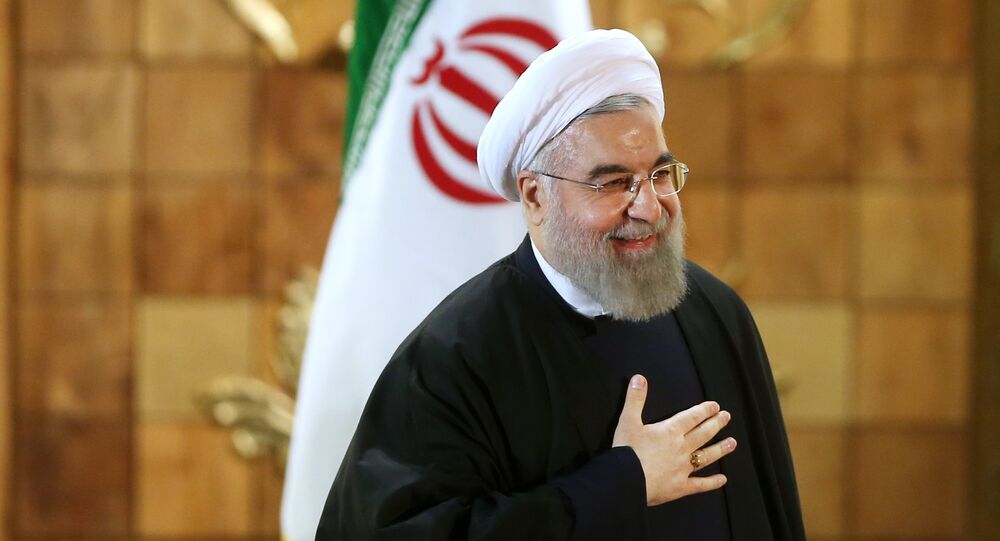 Tehran's Nuclear Deal 'Not the End of the Saga'

Although the nuclear deal's implementation is a huge step forward, it is unlikely to be the end of Iran's nuclear story, according to Middle East expert Rasool Nafisi, who is also a college professor at Strayer University in Washington.

© Photo : President of the Islamic Republic of Iran website
Iran Not Chasing US Investment Post-Sanctions – President Rouhani
In an interview with Sputnik, Rasool Nafisi, a Middle East expert and college Professor at the Washington-based Strayer University, touted the nuclear deal implementation as a big step forward, but said that it is hardly the end of the story.

"The implementation has many benefits for Iran but again, we have a set of new sanctions slapped by the US Treasury Department on Iran over its testing ballistic missiles. So, it is not the end of the saga by any means, but the very immediate needs of Iranians are being met," Nafisi said.

He did not rule out possible provocations in connection with the implementation that he said may occur in Iran and the United States, rather than Saudi Arabia and Israel.

"It is mostly from inside the US and Iran that the problems will probably arise, not from Israel or Saudi Arabia; I don't suppose so," he added.

He also said that OPEC will most likely refrain from changing its policy after Iran comes back to the international oil market.

"OPEC will not need to do that because I don't think that Iran will increase its production and rock the boat given the low cost of oil right now," Nafisi pointed out.

© Photo : Florian Hirzinger
Easy Come, Easy Go: US Puts New Sanctions on Iran After Missile Test
His remarks came as the US Treasury Department imposed new sanctions on Iran over its ballistic weapons, a day after many sanctions against Iran were lifted under the international nuclear pact.

According to the Treasury Department, the new sanctions target 11 companies and individuals who have been involved in procuring goods for Iran's ballistic weapons program.

Late on Sunday, the United Nation's nuclear watchdog verified Iran's compliance with the terms of the Joint Comprehensive Plan of Action. The confirmation led to the immediate lifting of UN and EU sanctions, as well as the partial relief of US sanctions.

Armored Fist: Russian T-90s Will Be a Welcome Boost To Iran's Tank Corps