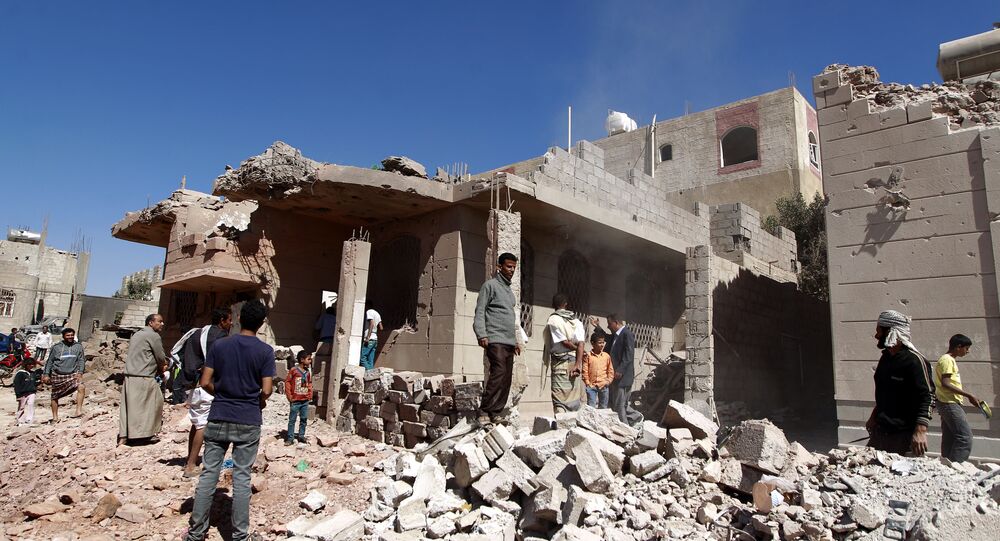 "Coalition aircraft carried out two strikes at the national security agency headquarters in Sarf north of the capital Sanaa," the source said, adding that large blasts were heard after the airstrikes.

The security forces official said a third strike fell on two hills over the presidential palace in downtown Sanaa, while a fourth strike fell on a defensive installation north of the city.

The official added that coalition forces sustained casualties when Houthi fighters fired a Tochka-type tactical ballistic missile at a training camp in Marib province. The number of deaths and injuries was unclear, however a number of military equipment was reported to have been damaged.

Saudi forces lead the alliance against the armed Shiite opposition group that has taken over key parts of the country since March 2015, aiming to reinstate Yemen’s exiled president and his cabinet.

Talks between the warring factions in Yemen have been postponed indefinitely this week amid disagreement over interpretations of a UN Security Council resolution setting out a ceasefire and a political process in the war-torn country.