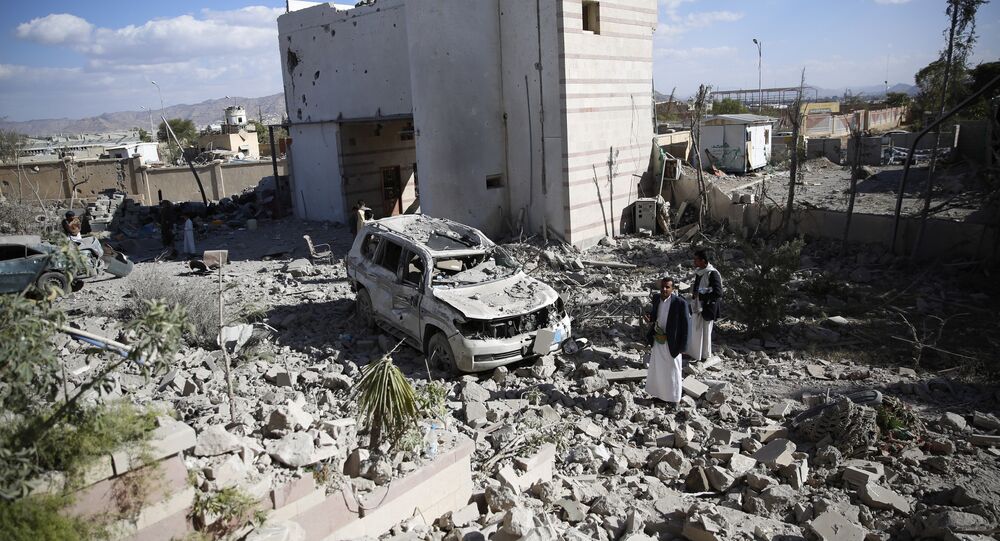 The Saudi-led coalition carried out an airstrike on a pharmaceutical plant to the south of the Yemeni capital of Sanaa, a source in the security forces told Sputnik on Saturday.

SANAA (Sputnik) — The airstrike caused no injuries among the workers as it was carried out when the factory was closed, according to the source.

"Aircraft of the Arab coalition destroyed a pharmaceutical factory near Dabr Khaira [some 10 miles to the south of Sanaa]," the source said.

Earlier this week, the Saudi-led coalition destroyed a hospital in the Swadi district of central Yemen’s Bayda province.

Yemen has been mired in a military conflict between opposition forces and the internationally-backed government, currently based in the country’s south, for over a year.

Egypt to Extend Participation in Military Operation in Yemen for Year