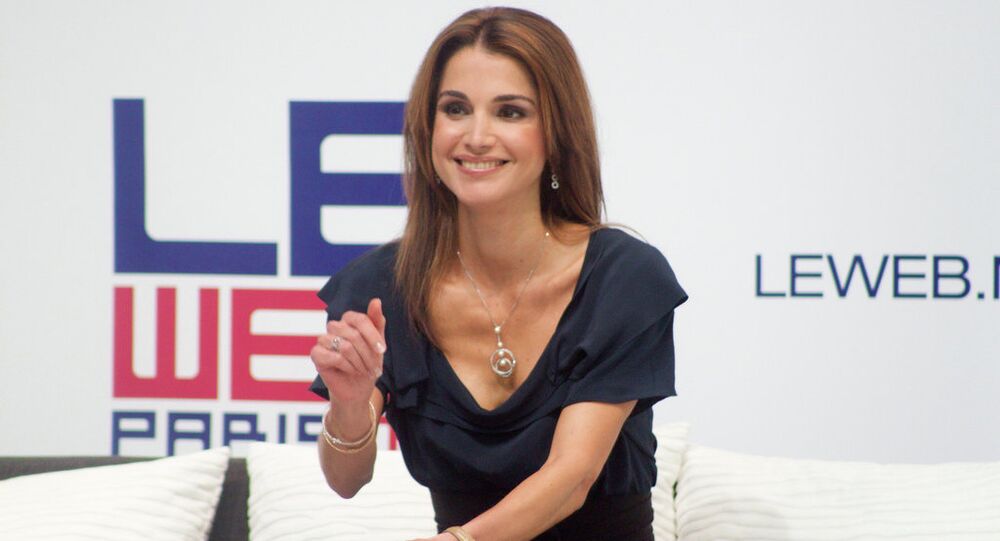 © AFP 2020 / Mohammed Abed
Dead Syrian Boy’s Dad Says He Wept When He Saw Recent Charlie Hebdo Cartoon
The inscription under the Charlie Hebdo caricature suggests that if the boy had survived and grown up he would be a rapist. The caricature was widely condemned by several media figures and activists as blatantly racist and outrageously shocking, considering that it is not the first time the weekly satirical misused the image of the drowned boy.

Queen Rania chose a different approach to express her rejection of the cartoon and its message.

On Friday, she posted her own sketch on Twitter, using the iconic image of the drowned toddler and drawings of him as a child happily playing, as a student and as doctor.

Aylan could've been a doctor, a teacher, a loving parent… Thanks @osamacartoons for sketching my thoughts pic.twitter.com/M2z4Z3mJe0

At the top was the same question as Charlie Hebdo’s “What would little Aylan have grown up to be?”

She posted the cartoon in Arabic, French and English and acknowledged Osama Hajjaj for sketching her thoughts.

Below the sketch she commented that “Aylan could've been a doctor, a teacher, a loving parent…”

She has a following of around 4.5 million users on Twitter. Queen Rania’s cartoon was “highly acclaimed by online users who greeted her approach to express her sentiments and attitudes and to reject the ‘blasphemous’ abuse of a dead child,” Gulf News noted.

Several users underlined that Queen Rania‘s compassion set her apart from those who used tragedies to promote their own agendas without any consideration for other people’s feelings.