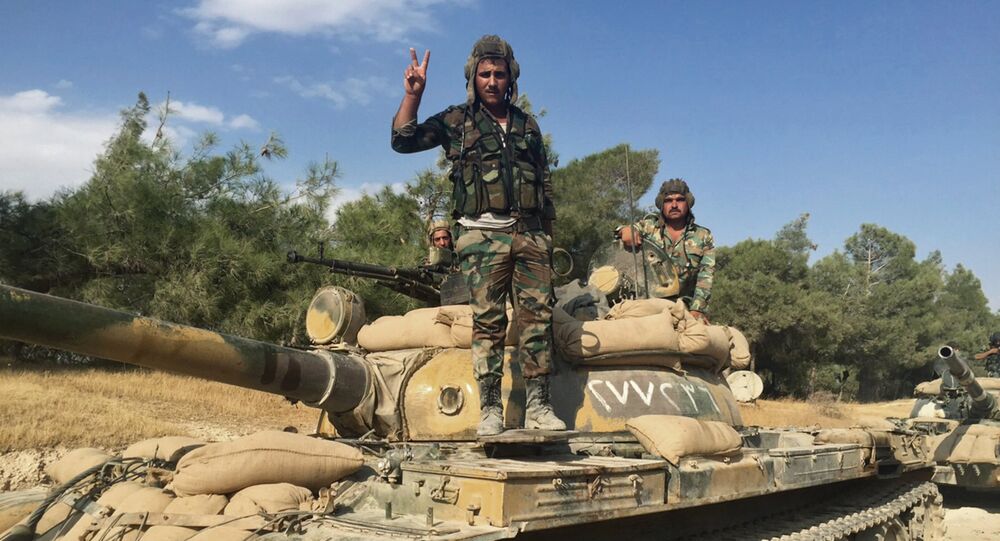 The Syrian Army, backed by allied popular defense forces, continued their advance on Daesh terrorists in the eastern part of Hama province capturing a number of hilltops along a strategic highway, Iran’s Fars news agency reported on Friday.

"The Syrian army troops in close coordination with the National Defense Forces (NDF) continued their advance towards the Salamiyah-Raqqa Highway, capturing several ISIL-held small hilltops," the Army said in a statement.

Syrian armed forces are now in a position to expand their control over the eastern part of Hama province and eventually advance on the de facto Daesh capital of Raqqa.

© Sputnik / Michael Alaeddin
Hundreds of ISIL Militants Killed in Syria's Latakia Province
On Wednesday the government troops and the popular forces managed to drive the militants from more territories in the southern part of Hama province, inflicting heavy losses on the enemy, the agency wrote.

Syrian government forces, backed by Russian airstrikes, have recently been making rapid advances against the terrorists in several parts of the country destroying the terrorists’ positions in in Latakia, Homs, Damascus, Deir ez-Zor, Aleppo, Dara'a and Hama provinces.