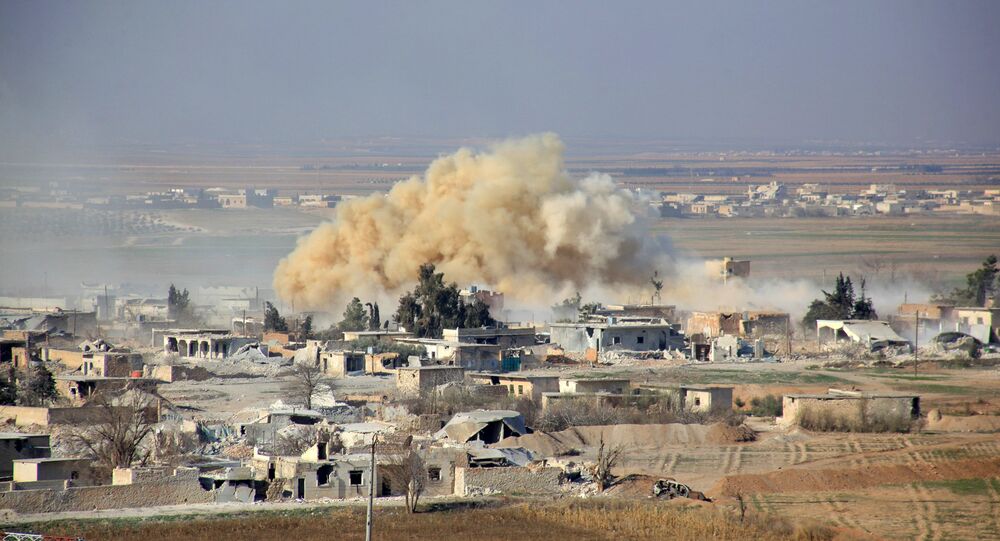 Jordan has set up a joint war room with Russia to carry out coordinated anti-Daesh (ISIL) military operations in Syria, indicating a turn by the country from its US, Saudi Arabia and Israeli allies, in the face of the increasing volatility of the entire Middle East region.

© Sputnik / Alexander Astafyev
Better Late Than Never: Seymour Hersh Says US Military Recognizes Russia's Success in Syria
The move by Jordanian King Abdullah II to establish a shared war room with Russian forces will radically change how political decisions are made and how intelligence is shared in the region, Israeli military and intelligence sources told military intelligence commentary website Debka.

Previously, Jordan fought the Syrian President Bashar Assad from a command center shared with the US, Saudi Arabia and Israel, located north of the country’s capital of Amman.

Although Jordanian authorities present the new cooperation with Russia as a simple logistical move to coordinate all parties involved in combating Daesh, major military and intelligence efforts will be directed to the new center, military sources claimed.

According to Debka, citing anonymous sources in Washington and Moscow, the new war room was set up shortly after the presidents of Russia and the US held phone talks on the issue on January 13.

Jordan will stop providing so-called “moderate” Syrian rebels with their main pipeline, experts noted, adding that opposition groups will also be deprived of funding and other types of assistance from the US, Saudi Arabia and the UAE.

© AP Photo / Alexander Kots
Senior General: Syrian Army Begins Operation to Cut Off Daesh Supply Routes
This news may also upset Israel, in light of its long support for the rebels, who had seized large parts in the south of the war-torn country. To the potential discontent of the Israelis, the establishment of the new command center will likely enable the legitimate Syrian army to defeat the rebels in the country.

Last week the Syrian army regained control of Salma, a town in the coastal Latakia province considered to be a major rebel stronghold since 2012. Troops also advanced in the south of central Hama province and east in Homs, and are currently on the offensive in the southern Daraa province.

“The situation has stabilized, the [Syrian] government is no longer threatened with collapse,” the Jordan Times reported citing Vasily Kashin, an expert for Centre for Analysis of Strategies and Technologies.