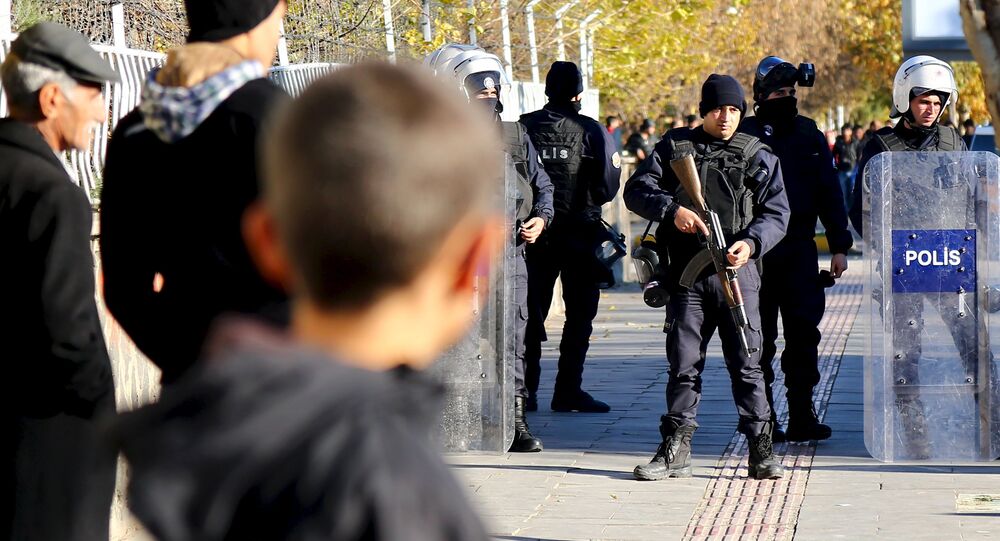 The Turkish government is providing support to Daesh in an effort to help the extremist group fight separatists from the Kurdistan Workers' Party (PKK), a Kurdish politician told Sputnik Radio.

The PKK has long fought for autonomy for Turkey's ethnic Kurds, who comprise about 20% of the country's population. Ankara and its Western allies have labeled the PKK a terrorist group.

Kurdish separatists have fought a 30-year insurgency in southeastern Turkey that has seen tens of thousands of people killed. Clashes between the PKK and the Turkish army have increased in recent months.

Victories won by the PKK fighting against Daesh in Syria will cause Western governments to become sympathetic to the separatist campaign, said Adem Uzun, an Executive Council member of the Kurdistan National Congress (KNK), a Europe-based coalition formed by exiled Kurdish politicians, lawyers and activists.

To crush the PKK in Syria and prevent separatists in Turkey from gaining legitimacy, Ankara has supplied transportation and weapons to Daesh and purchased oil from the extremist group, Uzun told Sputnik Radio's "Loud & Clear" via telephone from KNK headquarters in Belgium.

Uzun was a key negotiator in peace talks between the Turkish government and the PKK between 2009 and 2011 in Oslo, Norway. The negotiations failed to resolve the Kurdish issue.

Since a a two-year-old ceasefire collapsed in July, more than 260 civilians, including 58 children, have died under curfews that the Turkish government has imposed in regions largely occupied by Kurds, Uzun said.

"One district in Turkish part of Kurdistan has no water, no electricity, no food," he said. "People are dying."

Uzun said the Turkish military is waging a campaign in Turkey in order to suppress the PKK there, as well as to weaken Kurds who provide support to PKK separatists fighting Daesh in Syria.