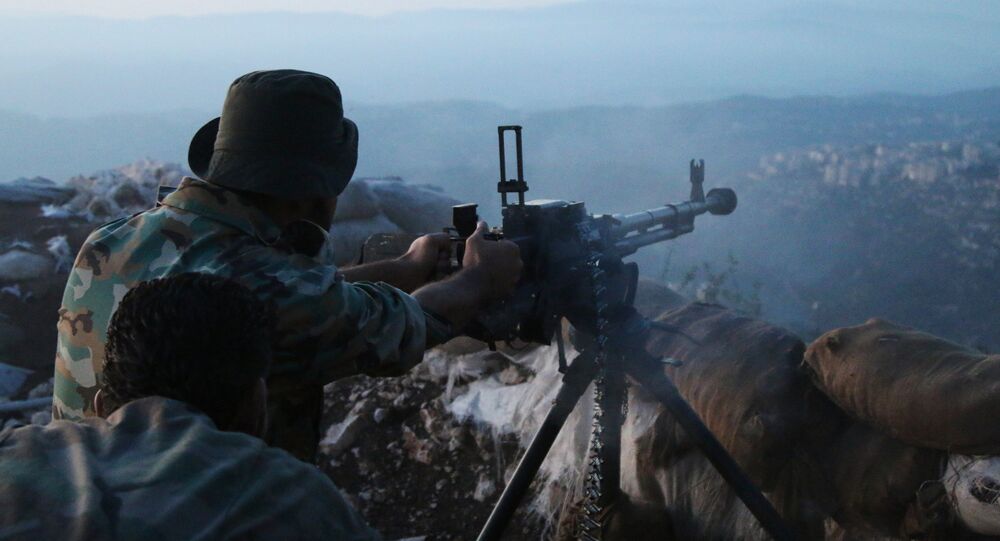 The Syrian army has begun a new operation aimed at cutting off Daesh supply routes.

"The Syrian army in the Aleppo province… has begun a military operation with an aim of moving eastwards and to strike the IS [Daesh] terrorist group, which is trying to advance in this direction, as well as to cut off all supply paths from the Turkish border," General Samir Suleiman, political chief of the Syrian Army, said.

According to Suleiman, terrorists not only in Aleppo but all over the country use the supplies they get from the Turkish border.

"The army planned to carry out a powerful strike against IS [Daesh] in this direction and, first and foremost, to cut off the supply paths because it would have a key role in weakening this group and take away its ability to advance, thereby eliminate it as soon as possible," Suleiman added.

The general explained that the operation was not publicized out of military concerns.

"The Russian aviation has played a very positive role in field operations and combat actions on the ground, with support of the Syrian Air Forces. All airstrikes carried out by the so-called coalition led by the United States had no effect on fighting the Islamic State," General Samir Suleiman, political chief of the Syrian Army, said.

Daesh militant group, which is outlawed in many countries including Russia, has taken over large parts of Syria and neighboring Iraq amid the civil war in the country.

Syrian authorities have repeatedly accused Turkey of letting extremists enter Syria through its border, as well as supporting them.