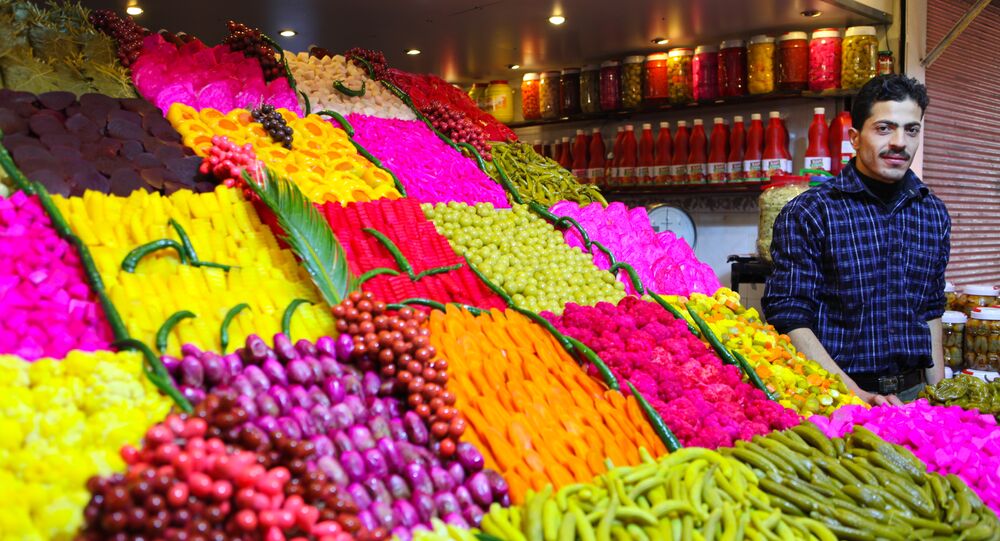 Syria has started shipping citric fruits to Russia. The first batch of lemons and oranges has already been sent to Novorossiysk from Latakia port and will soon arrive in Russia.

Officials in Damascus earlier said that the country was ready to export more than 700,000 tons of citrus fruit to Russia to “fill the gap” left by Moscow’s ban on Turkish agricultural products.

"We are happy that the Russian market is now open to our produce, so we can start shipping large quantities of fruits and vegetables to Russia," Munzir Gerbek, the top agricultural official in Latakia, told Sputnik.

© Fotolia / Aleksandar Mijatovic
Iranian Fruits to Replace Turkish Imports in Russian Market?
Mirza Rejep, the official responsible for fruit and vegetable exports from Latakia, said that some 60 tons of lemons and oranges had been shipped to Russia since November and there will be more to come later this year.

According to preliminary estimates, some 34,000 tons of citric fruits will be shipped to Russia each month with the final volume expected to be even bigger.

Virtually untouched by the ongoing war, the local farms keep working hard turning out  some 2,500 tons of fruits and vegetales each day, most of which are sold on the domestic market.

“Around a million tons of citrus fruits were grown in Latakia in 2015, which is 50 percent of all lemons and organges grown in the country,” Munzir Gerbek emphasized.

Fares Chehabi, head of Syria's Chambers of Industry, said on Tuesday that other Syrian goods, such as textiles would also be exported to Russia.