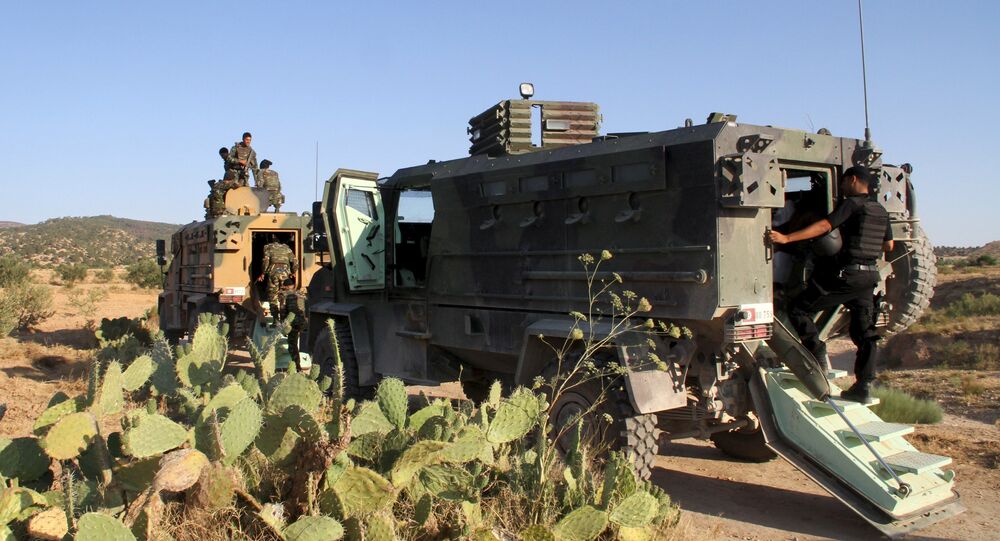 Tunisian Ambassador to Russia excluded the possibility of his country supporting the efforts of the Saudi Arabia-led anti-terrorism coalition with military action.

© REUTERS / Saudi Press Agency
Saudi Arabia Creates Anti-Terrorist Coalition to Save Face in Mideast
MOSCOW (Sputnik), Svetlana Alexandrova – Tunisian Ambassador to Russia excluded in an interview with Sputnik the possibility of his country supporting the efforts of the Saudi Arabia-led anti-terrorism coalition with any military action.

"Tunisia is a part of this coalition but not militarily. Should need in any military action arise, we can support by intelligence sharing and looking for the strategy to cope with the root causes of this phenomenon but never militarily," Ali Goutali told Sputnik.

Saudi Arabia announced the creation of an Islamic military alliance of 34 states, including Tunisia, to fight terrorism in December 2015.

"I think that every effort, including this coalition, and any initiative should be welcomed," Tunisia’s ambassador to Russia told Sputnik in reference to the global fight against terrorism.

Russian President Vladimir Putin has long called for the creation of a broad international coalition to fight terrorism, particularly the Islamic State (Daesh) group, including at the UN General Assembly in September 2015.

Daesh, known as Daesh in Arabic and banned in a range of states, including Russia, has ceased vast areas in Iraq and Syria.