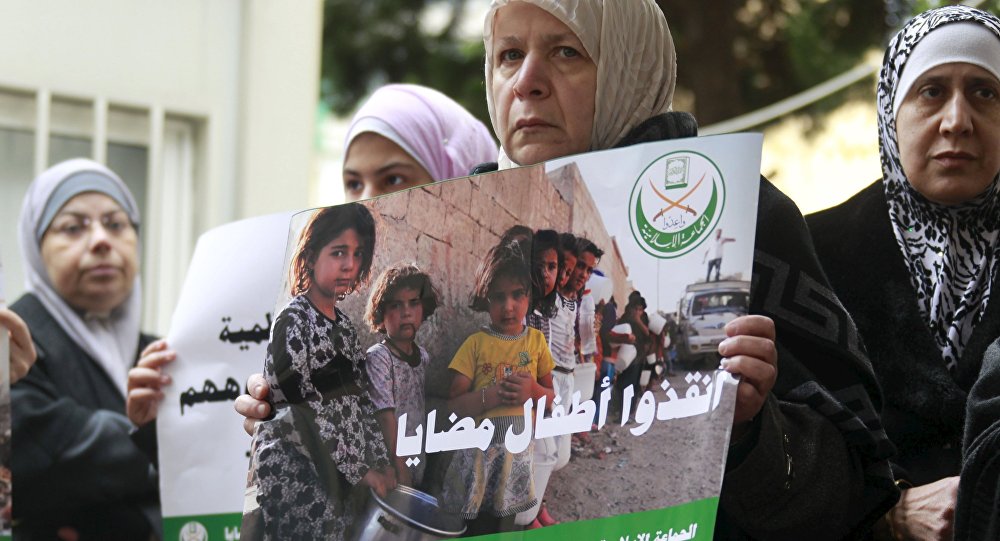 As a terror attack in Istanbul and the humanitarian crisis in Madaya highlight the ongoing civil war in Syria, Radio Sputnik’s Loud & Clear speaks with Danni Makki of the Syrian Youth Movement to discuss how the war-torn nation can truly find peace.

"Ultimately, Ankara is suffering from a blowback in its Syria policy which has led to the situation we’re in today. We’re hearing of weekly attacks now on Turkish areas," Makki tells Loud & Clear, referring to Tuesday’s suicide bombing in Istanbul in which 10 people died.

"The fact that ISIS and Erdogan are essentially aligned in Syria make the attacks all the more surprising."

While the recent attack would seem to suggest a schism between Turkey and Daesh, also known as IS/Islamic State, Makki points out that this is not the case.

"There is no thinking or methodology behind this attack. It doesn’t mean that Turks and ISIS are in complete dispute, because that’s incorrect," he says. "Turkey’s policy in Syria is still the same: support the opposition, undermine the Kurds, even if it means supporting ISIS."

As UN humanitarian trucks enter the town of Madaya, Makki describes how the situation has been misrepresented by the mainstream media.

"There is a dire humanitarian situation, but this is being exacerbated by the inaccurate and biased reporting which is occurring, in the sense that there are fabricated images, doctored images from different conflicts – different areas of Syria, in fact – and they are being used to show that there are people starving in Madaya."

While the focus appears to be on Madaya, the mainstream media has overlooked similar humanitarian issues in other cities.

"…Four villages have been besieged by rebel groups now for numerous months. Starvation is a fact of the daily lives over there, and the UN has not been able to access these areas because the rebels are blocking, or not allowing aid to enter these areas to feed civilians."

This ultimately serves a political agenda of delegitimizing the government of Syrian President Bashar al-Assad.

"Clearly, the reporting has been with an ultimate political agenda, which is the demonization of the Syrian government at any cost, even at the cost of credible sources," Makki says. "It’s the fact that the lack of balance and media attention given to these locations [villages]."

On the prospects of peace for Syria, Makki insists the United States must be more willing to accept compromise.

"[The US] must have a genuine desire to see a rebuilt Syria, a new Syria, one that is not completely US-run," he says. "You don’t want to see a puppet state in Syria which is run by the United States, that is something that many Syrian would not find acceptable."

In this episode of Loud & Clear, host Brian Becker also speaks with US Army veteran Michael Prysner to discuss the real reasons behind Washington’s ongoing wars in Iraq, and with public sector workers’ union representative Jeff Bigelow, who explains the troubling future of organized labor in the United States.