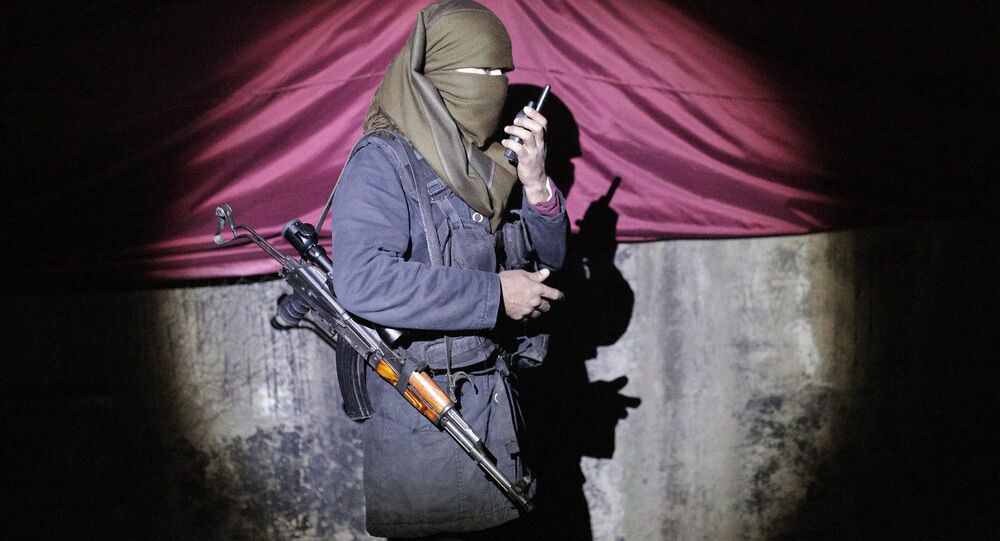 MOSCOW (Sputnik) — Turkish President Recep Tayyip Erdogan has sharply criticized the so-called Academicians for Peace group, accusing them of undermining Turkey's national security after their declaration was read at press conferences in Istanbul and Ankara on Monday.

© AP Photo / Cagdas Erdogan
Clashes With PKK in Turkey’s Southeast Leave 9 Security Personnel Wounded
After an urgent meeting, Turkey’s Higher Education Board issued a statement saying that the institution would do whatever it took regarding the academics, Today’s Zaman newspaper reported. The body does not have the authority to directly punish the academics, but could pressure university administrations to do so, according to the paper.

Over 1,000 academics from 89 Turkish universities have signed a declaration urging to end the ongoing fighting between Ankara forces and the Kurdistan Workers' Party (PKK) militants.

The declaration calls on the government to restore a peace process with the PKK that was abandoned in July 2015.

© REUTERS / Sertac Kayar
Violent Clashes in Northern Turkey Force Hundreds of Thousands to Evacuate Homes
The Kurds, Turkey's largest ethnic minority, have been striving to gain independence from Turkey. The PKK, founded in the late 1970s to promote the self-determination for the Kurdish community, is designated as a terrorist group by Ankara.

Severe clashes between Ankara forces and PKK militants have been arising sporadically since a July terror attack in the city of Suruc, which killed over 30 people, most of them Kurds. As Kurds killed two Turkish policemen in what has been said to be a retaliation strike, Ankara launched a military campaign against the group.