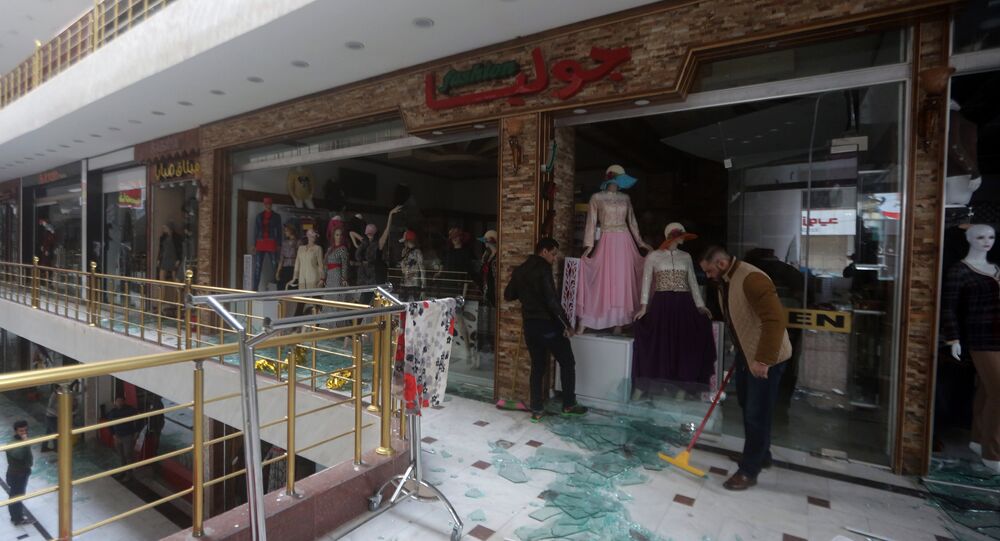 Iraqi Prime Minister Haider Abadi stated that the attack on the mall in Baghdad was a “desperate attempt” by Daesh militants, after they lost control over the western Iraqi city of Ramadi, which had been occupied by the group since May.

MOSCOW (Sputnik) — Iraqi Prime Minister Haider Abadi on Tuesday visited a shopping mall in Baghdad, which was stormed by terrorists a day before, and called for the continuation of the fight against the Islamic State (ISIL, or Daesh in Arabic) terrorist group, which claimed responsibility for the attack.

On Monday, a group of gunmen detonated a car bomb in eastern Baghdad, and stormed a shopping mall in a predominantly Shiite district of the Iraqi capital. At least 18 people were killed and 50 others were injured in the attack.

​The prime minister wrote on his Twitter account that the attack was a “desperate attempt” by Daesh militants, after they lost control over the western Iraqi city of Ramadi, which had been occupied by the group since May. He said that the country would do everything possible to rid the country of the militants.

On Tuesday, a suicide attacker detonated a bomb when police approached his car in the city of Baquda in eastern Iraq. A senior Iraqi officer was wounded and two policemen were killed in the incident.

Daesh is outlawed in Russia and many other countries. It has carried out numerous atrocities, including the November attacks in Paris, which left 130 dead, and the October downing of a Russian passenger plane in Egypt that killed all 224 people on board.

At Least Seven Killed as Gunmen Take Hostages in Baghdad