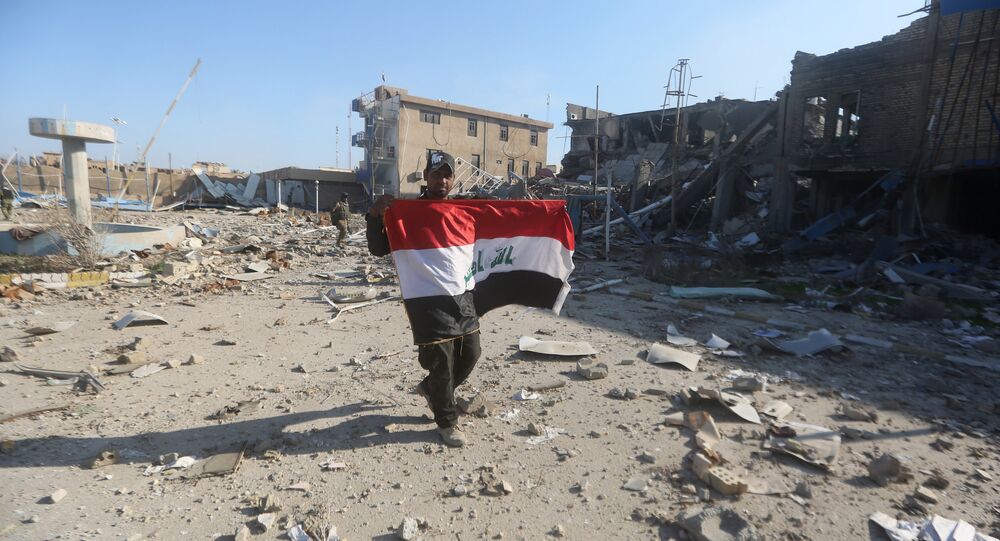 Iraqi government forces have retaken the city of Ramadi and other strategically important areas of Iraq's largest province from the terrorist group, the Iranian news agency FARS reported.

"At least 70 ISIL militants were killed in the government and popular troops' military operations in al-Haditha region," reported Fars.

The al-Haditha district is in the west of Anbar province; the army gained full control over the regions of al-Sokran and al-Sha'yee in that area.

The army also continued its assault on remaining Daesh positions in the eastern suburbs of Ramadi, the capital of Anbar province, which lies 110 km west of Baghdad.

After sustained attacks on Daesh in recent weeks the Iraqi government forces recently succeeded in liberating the city from the terrorist group, which had taken control of it in June 2014.

© Sputnik / Valery Melnikov
Degrade and Destroy: Syrian Army Advances On Daesh in Sweida Province
The Iraqi Army and allied forces are now evacuating civilians, and bomb disposal experts are clearing the city of bombs the terrorist group left before it fled.

Government forces are also working to rebuild transport links in the southern regions of Ramadi in order to better facilitate troop movement and the delivery of weapons.

On Monday, Iraqi forces further expelled Daesh from the suburb of Sofia in eastern Ramadi, where some of the terrorists had fled to after they lost the battle for control of the city.

"The Iraqi forces managed to take full control of Sofia district in the Eastern part of Ramadi city and released 500 families who were under ISIL's (Daesh) siege," said a spokesman for the Anbar Governor's Office.

'Cross Necklaces': Daesh Gives Advice on How to Blend in to Launch Attacks