With ongoing violence and concerns over the rise of Taliban insurgents, officials in Afghanistan have met with representatives from the US, China and Pakistan to try and resurrect the country's stalled peace process, following 15 years of western intervention.

Delegates from the four countries are meeting in Pakistan to try and launch a process that they hope will lead to negotiations with the Taliban, who have been conducting an armed offensive against Afghan government forces to try and win back control of areas lost, following the western intervention of Afghanistan in 2001. 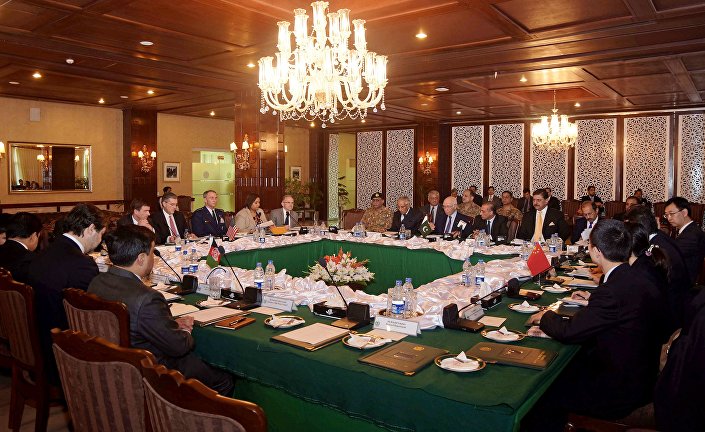 © AP Photo /
Delegates from Pakistan, Afghanistan, China and United States attend a meeting hoping to lay the roadmap for peace talks with the Taliban, at the foreign ministry in Islamabad, Pakistan, Monday, Jan. 11, 2016.

The Pakistani prime minister's foreign affairs adviser, Sartaj Aziz, opened the meeting in Islamabad, saying that the aim of the talks was to bring the Taliban to the negotiating table as part of an attempt to try and end the 15 years of fighting between insurgents and government forces.

"It is therefore important that preconditions are not attached to the start of the negotiation process. This, we argue, will be counterproductive," he said.

"The threat of use of military action against irreconcilables cannot precede the offer of talks to all the groups."

Concerns Over Rise of the Taliban

The talks come amid concerns about the motives of the Islamist group, who have stepped up their violent campaign in recent times, sparking fears the country could once again descend into all-out war.

In a series of attacks that have all raised serious questions over the strength and resilience of Afghan government forces, the Taliban managed to briefly overrun and capture the northern Afghan city of Kunduz in September, while last month the group launched an attack on the strategic district of Sangin, in which it seized and blew up the police headquarters and governor's compound.

In addition to the armed offensive, there has been a worrying rise in suicide attacks and other acts of violence in Afghanistan, forcing US President Barack Obama to delay the withdrawal of US troops from the country. 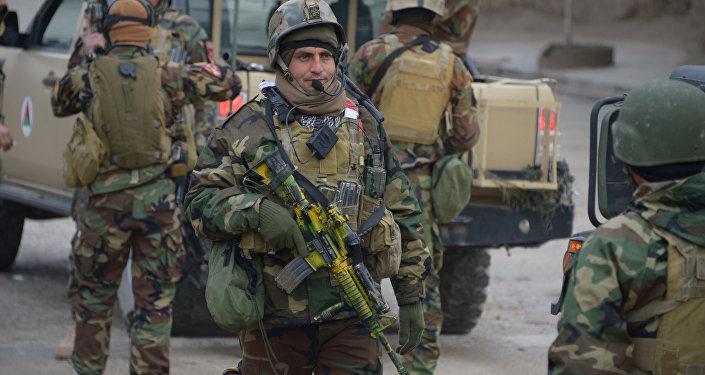 The current force of 9,800 US troops — officially in the country to train and advise local forces — will remain in Afghanistan through most of 2016, while a smaller amount will continue to serve till 2017 — beyond Obama's time in office.

Violence, a Legacy of Western Intervention

The decision to keep western troops in Afghanistan, along with the spark in violence, has led many to question the US decision to withdraw active troops from the country in 2011, with critics arguing that local forces weren't able to properly defend citizens from Taliban insurgents.

© AP Photo / Reza Shirmohammadi, File
FILE - In this Dec. 28, 2011 file photo, a former Taliban fighter places a range of bullets before surrendering it to Afghan authorities, as part of a peace-reconciliation program in Herat, west of Kabul, Afghanistan

The call for peace talks with Islamist groups is also seen by some as a failure of the US-led western intervention in Afghanistan, with critics arguing that the Taliban were never properly defeated, while an appropriate local force wasn't established before troops were withdrawn.

2015 saw Afghanistan suffer one its bloodiest years in recent times. Estimates suggest that a record high of more than 3,180 civilians were killed in the country last year, bringing the number of civilians killed since 2009 to more than 17,000.