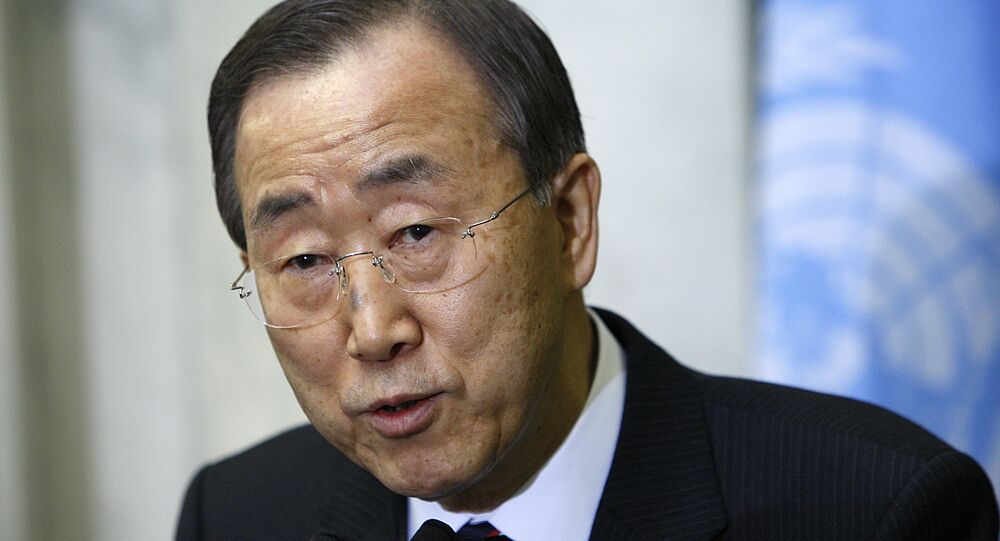 UN Secretary-General Ban Ki-moon slammed an attack on a hospital supported by Medecins Sans Frontieres (Doctors Without Borders, or MSF) in the Yemeni province of Saada, calling for the cessation of hostilities, the United Nations said in a statement.

© AFP 2021 / TONY KARUMBA
Doctors Without Borders Call For Immediate Stop of Medical Facilities Bombing in Yemen
UNITED NATIONS (Sputnik) – On Sunday, the MSF confirmed to Sputnik that one of the organization's hospitals in Yemen had been subject to an attack. Several people were injured and killed.

"The Secretary-General condemns the attack from an as-yet unknown source on a hospital supported by Médecins Sans Frontières (MSF) in Sa’ada province, Yemen, which killed at least four people and injured many others today… This is the latest in a series of attacks on health facilities, following those in 2015 on the MSF-supported Haydan Medical Hospital in Sa’ada and a mobile health clinic in Taiz," the statement read.

Ban expressed concern over limited access to healthcare for the people of Yemen, calling for an impartial investigation into the attack.

"The Secretary-General again repeats his call on all parties involved in the Yemeni conflict to immediately cease all hostilities and resolve differences through peaceful negotiations," the statement said.