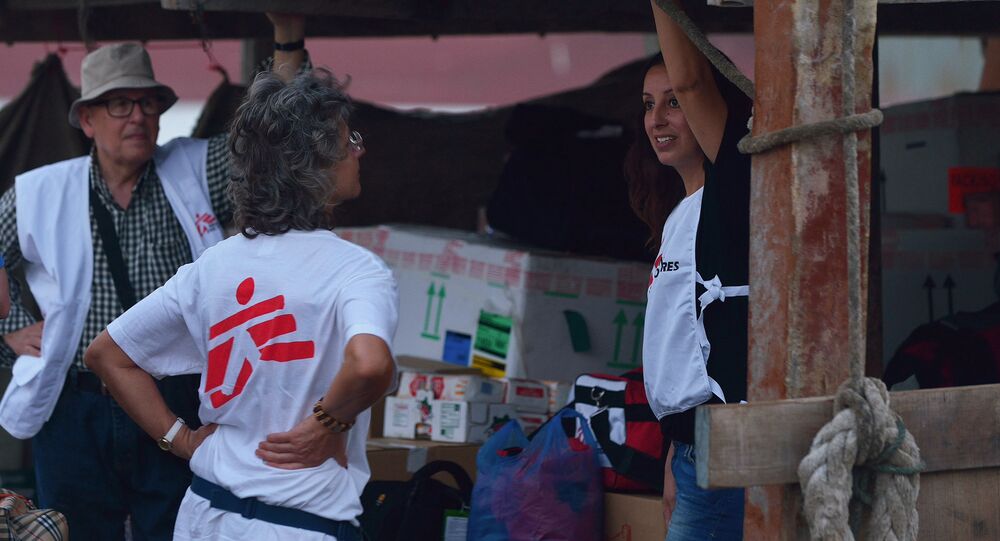 Doctors Without Borders (MSF) director of operations, Raquel Ayora, said that the warring sides of the Yemeni conflict would better create conditions for the safe delivery of humanitarian aid to the people in need.

Earlier in the day, the MSF confirmed to Sputnik that one of the organization's hospitals in Yemen had been subject to an attack, in which at least three people were killed and ten injured, with two of them being in a critical condition.

"We reiterate to all parties to the conflict that patients and medical facilities must be respected and that bombing hospitals is a violation of international humanitarian law," the organization's director of operations, Raquel Ayora, said in a statement obtained by RIA Novosti.

The warring sides would better create conditions for the safe delivery of humanitarian aid to the people in need, she added.

© AP Photo / Hani Mohammed
Saudi-Led Coalition Hospital Airstrike in Yemen Kills 3
"We strongly condemn this incident that confirms a worrying pattern of attacks to essential medical services and express our strongest outrage as this will leave a very fragile population without healthcare for weeks," Ayora said.

She also demanded an investigation into the circumstances of the incident.