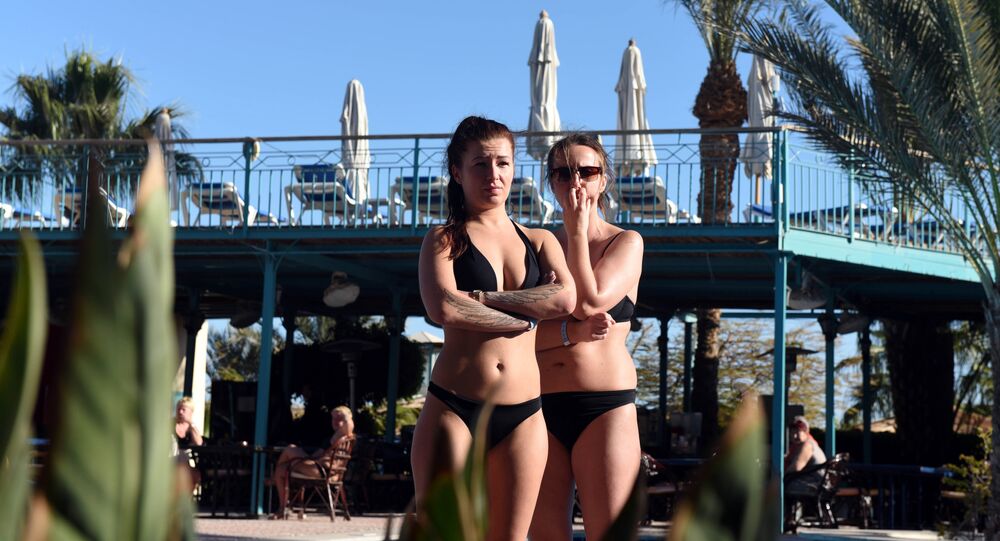 Egypt's Tourism Minister Hisham Zazou said that additional measures to ensure the safety of all tourists on the territory of Egypt will be anounced in few days.

"In the next few days we will announce additional measures to ensure the safety of all tourists on the territory of Egypt," Zazou said in a statement.

Hisham Zazou also said that the perpetrators of an attack on tourists in Egypt’s Hurghada resort were targeting the country’s tourism sector.

"The aim of the local instigators who carried out the attack was harming Egypt's tourism industry, which is a significant part of the country’s economy," Zazou said.

© REUTERS / Mohamed Abd El Ghany
Russia Condemns Hurghada Attack, Supports Egypt's Efforts Against Extremism
Over the past days, the security situation in Egypt has deteriorated. Another attack against foreign tourists took place Thursday in Giza, in close proximity to the Egyptian pyramids. Two gunmen fired shots at a tourist bus before leaving the scene. No injuries were reported. On Saturday afternoon, two unidentified assailants killed a police officer and a recruit in the Egyptian capital of Cairo, according to local media.
...
Reddit
Google+
Blogger
Pinterest
StumbleUpon
Telegram
WhatsApp
32

Cairo Verifying Reports on Abduction of Egyptians in Libya